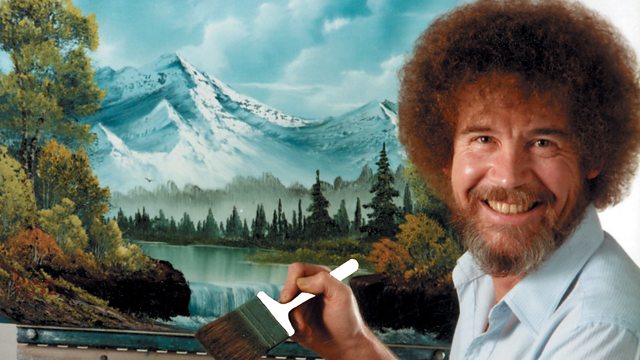 Above - that's Bob Ross. I suspect that most North Americans will find his face and afro hairstyle familiar. He was the talented star of an American art programme on television called "The Joy of Painting".
Bob approached blank canvases with quiet confidence and juvenile enthusiasm. Working swiftly - using a technique that is often known as "wet on wet" - he developed fantastic landscapes that were much influenced by the years he spent stationed in Alaska when he was a military man.
As he painted, he hummed and mused, chuckling to himself and encouraging his audiences to be bold in their use of paint and brushes and palette knives. He was such a cool guy that if he had been any more laid back he would have fallen over.
Born in Daytona Beach, Florida in 1942, he died 52 years later in Orlando, Florida - having been fatally afflicted by lymphoma.
Recently the BBC have been showcasing "The Joy of Painting" and I have watched several episodes. It is really mesmerising to see the landscapes develop. There's never any sense that Bob ever makes a mistake. He just breezes through - ad-libbing like a jazz musician - totally at one with his medium.
To see Bob Ross at play, go here:- https://www.youtube.com/watch?v=nOD-2UeYwI0  I  apologise in advance for the ads that interfere with Bob's performance - just skip them. 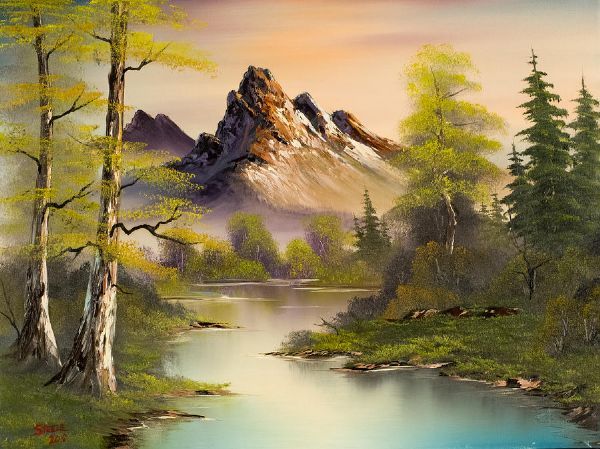