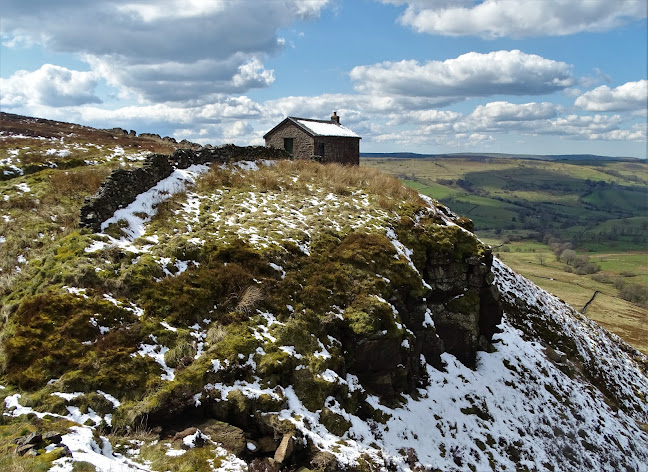 Clint was fuming. We were stuck in a long traffic jam outside the High Peak town of Buxton. Vehicles were moving forward slowly and haltingly  as we edged towards roadworks where as per usual nobody appeared to be working. We were in that jam for a full hour, doubling my anticipated journey time. I resisted Clint's urgings to "go for it" like a police driver. He promised to yell "Waah! Waah! Waah!" as we overtook the crawling line of vehicles.

Finally, finally I reached the parking spot I had identified via Google Streetview - two miles north of Buxton on the Whaley Bridge road. With brand new walking boots on, I set off on what was a chilly but bright blue sky afternoon. It was just after midday. 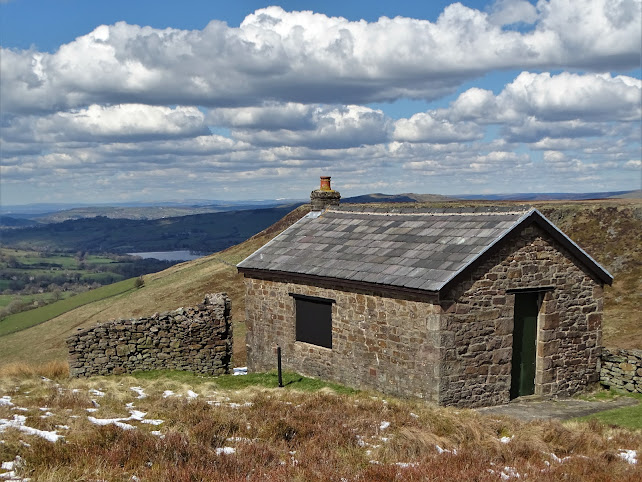 And what a delightful walk it was too - in an amphitheatre of north Derbyshire countryside, more or less surrounded by Combs Edge. The tops were dusted with April snow but the valley was green and fresh with new spring lambs resting or frolicking in the old sheep pastures.

The photographic highlight was the grouse shooters' cabin above Allstone Lee. I descended from there on the grouse shooters' track only to arrive at a gate at the bottom that was topped with barbed wire and padlocked. A sign had been fixed to it warning me to "turn around" and that the track now led to "private property". Bugger! Now I had to schlep back up the slope until I could circumvent the sheep pastures and find a different way down to the village of Combs. This all added an extra hour to my ramble. 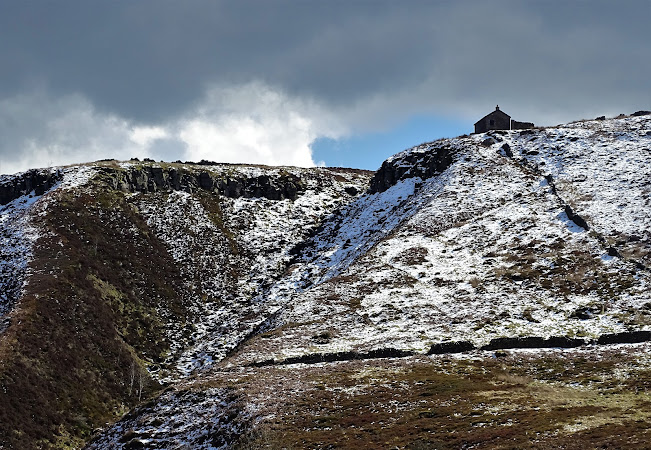 Then I plodded up Lesser Lane - a steady mile and a half  all the way back to its junction with Old Road - a former Roman route in the far off days when Buxton was a Roman spa town known as Aqua Arnematiae.

I was knackered when I finally unlocked Clint's tailgate at 5pm. My new boots had been entirely comfortable as expected and it had been another really splendid walk. I decided to avoid Buxton on the drive home and headed up to Whaley Bridge instead before cutting down to Chapel-en-le-Frith and then along Rushup Edge back to The Hope Valley and home. I unlocked our front door just before six. 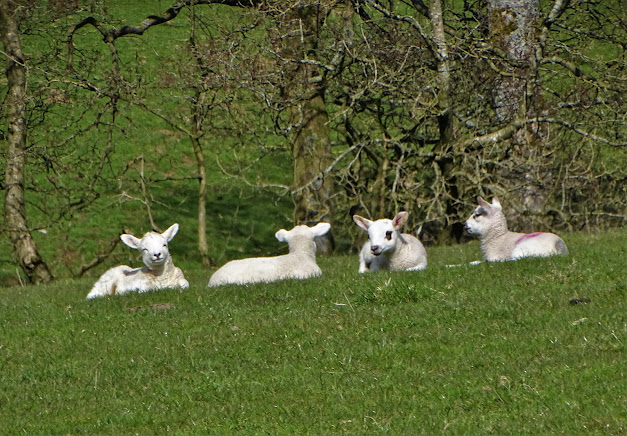