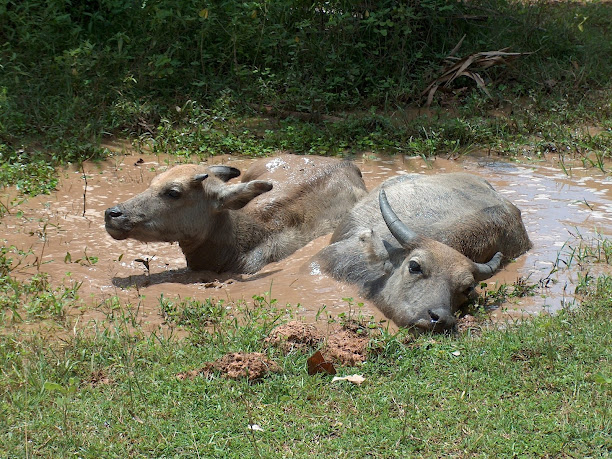 Wallowing
More looking back in today's blogpost. I guess that there has been a lot of looking back in the last twelve months. When normal life is put on hold and the future is uncertain, the past exerts a greater charm than usual.

Of course, another explanation for this blogpost is that I happen to be sitting at our desktop computer where so many of my old pictures are stored. Today my pictures are from Cambodia which I visited at Eastertime in 2011. I flew into Siem Reap from Bangkok in order to visit some of the truly awesome ruins that surround Angkor Wat - the very heart of the Khmer empire (802AD to 1431AD). 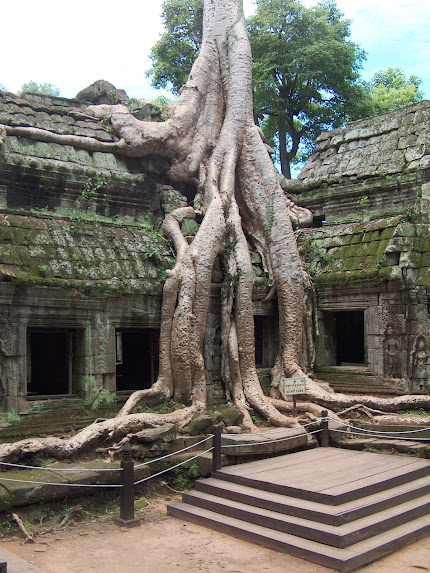 One of the outlying temples at Angkor Wat
A few days later I travelled by bus down to Phnom Penh, Cambodia's capital where I spent a couple more days before returning to Bangkok on a cheap Air Asia flight. In Phnom Penh I visited The Killing Fields on the outskirts of the city and Tuol Sleng - the torture school that starkly reflects the inhuman brutality of the Khmer Rouge regime during the nineteen seventies. 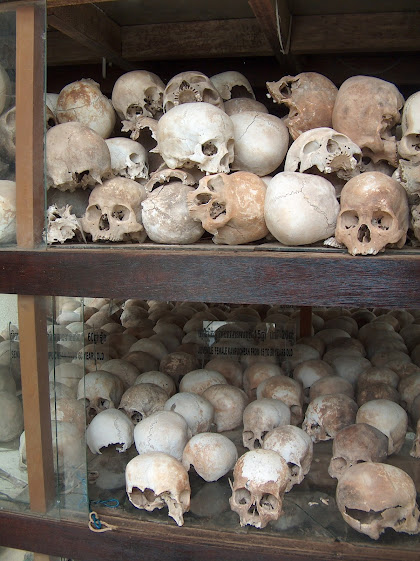 Legacy of The Khmer Rouge at The Killing Fields 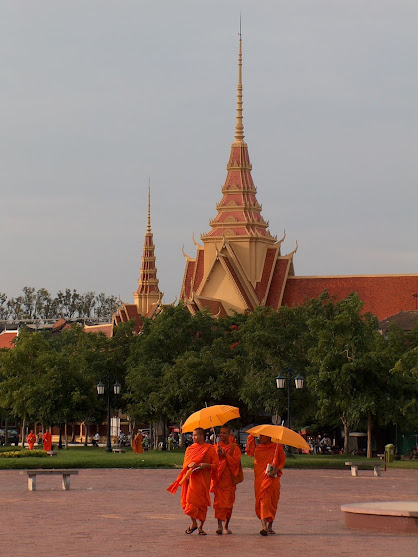 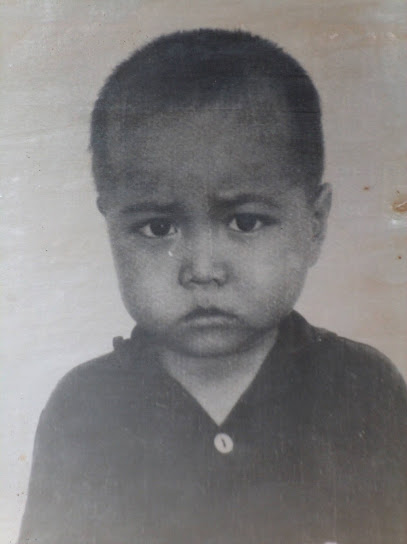 One of the victims of The Khmer Rouge.
Picture of a picture taken at Tuol Sleng
- April 03, 2021