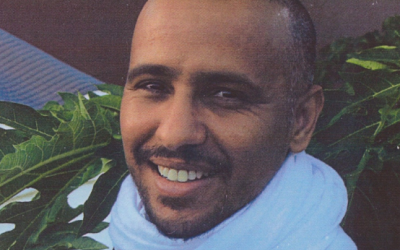 "Somebody has to pay".

That line is from "The Mauritanian" which I watched last night - courtesy of Amazon Prime.

The film tells the true story of  Mohamedou Ould Slahi, a bright young man from Mauritania who was effectively kidnapped from that country under the instructions of agencies of the U.S. government following the 9/11 attacks in 2001. It had been decided that Mohamedou Ould Slahi would be one of the somebodies who would have to "pay" though in the fourteen years he was incarcerated no evidence was ever presented to support the core accusation.

He spent most of his imprisonment at Guantanamo Bay. The film raises questions about why this American penal colony was ever sited on the south coast of Cuba. Why wasn't it  set up somewhere in America itself? Perhaps the answer is simply - out of sight, out of mind. The American military could get away with some terrible stuff down there.

When Mohamedou Ould Slahi was a very young man he played with fire, associating himself with Islamic fighters and even undertaking secret training in Afghanistan.  The suspicions that surrounded him were perhaps understandable but as I say, no evidence was ever brought against him.

He was treated shabbily, cruelly and left to rot in dire conditions. He was subject to torture that included beatings, water boarding, sexual humiliation, sleep deprivation and threats that included having his mother transported to Guantanamo to be raped by other prisoners. All in the name of America - the greatest democracy on the planet.

Thankfully, his case was taken up by a dogged and determined lawyer from Albuquerque, New Mexico. She was Nancy Hollander - played brilliantly in the film by Jodie Foster. She stuck with Mohamedou until his release was finally achieved - seven years after a court had found him not guilty of involvement in 9/11.

After his release in October 2016,  Mohamedou published an account of his experience called "Guantanamo Diary" and it was upon this that the Amazon film was based. "The Mauritanian" fails to mention that Mohamedou wrote four other books while inside Guantanamo but even to this day those books have not been  passed on to him. They remain the property of the U.S. government.

It was a gripping and important film. I hope that George W. Bush and Barack Obama have watched it with their heads hanging down in shame. After 9/11 there was huge pressure to bring all those involved to justice but it shouldn't have been mere somebodies like Mohamedou Ould Slahi who were rounded up. Suspicion is all very well and good but in democracies there must also be evidence and of course there should be no torture to produce hollow "confessions". 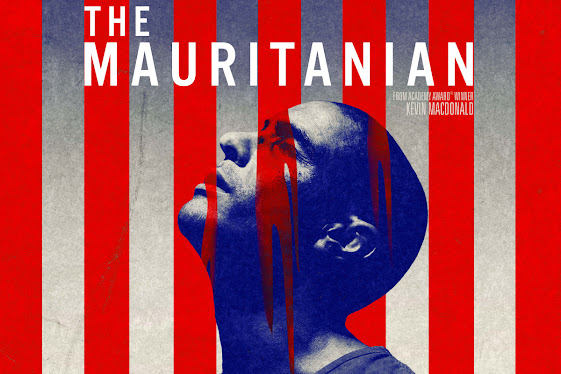