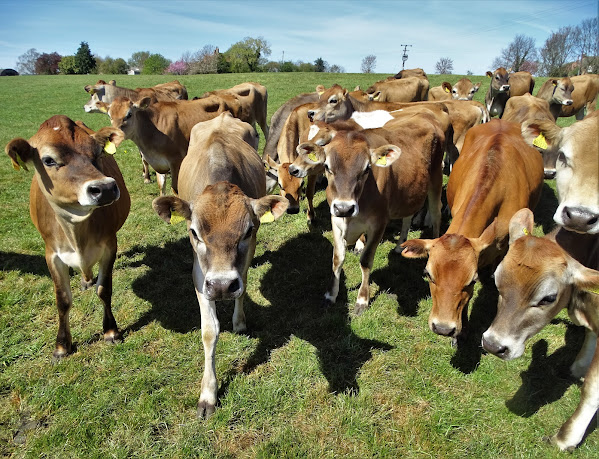 Kill! Kill!
Ho-ho, I had you all fooled yesterday didn't I?  I realise that this will come as a disappointment to a handful of readers but I was not trampled to death by a herd of frisky Jersey cows. I am alive and well, rejoicing in the happy news  that my football team, Hull City, have just been promoted to the English Championship following today's magnificent victory at Lincoln City.

However, it could have all been so different.

I had parked Clint on Sunderland Street, Tickhill close to "The Scarborough Arms" pub before setting off on a seven  mile country walk under another  blue sky. No need for a jacket or sweater.

When I reached Stancil Farm, I noticed that the public footpath bisected a large cattle pasture. The herd of young Jerseys was down in the bottom corner close to The River Torne but when I was half way across the field they spotted me and headed in my direction.

Of course there was no aggression but they were investigating me with their muzzles and no matter how  much "Yaah-ing" I did along with windmill waving of my arms, they would not retreat. They surrounded me as I headed, hopefully, towards the stile which led through a hawthorn hedge to safety. Perhaps they thought I was a farmhand bringing food supplements. 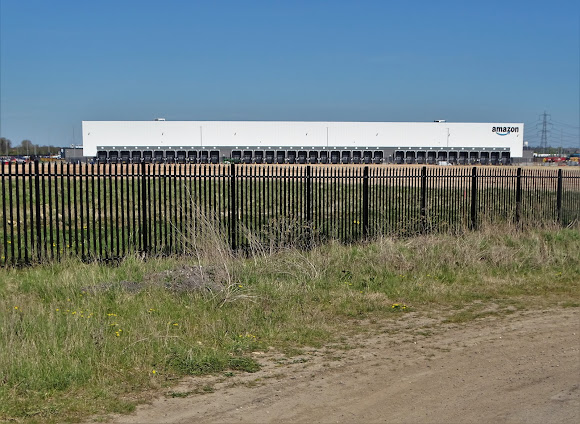 I was very aware that if I had tripped up and fallen to the ground they might well have accidentally trampled me in their panic.

Normally, when I walk through cow fields, the cattle will look up with lazy indifference before returning peacefully  to their endless grass munching. That was not the case yesterday. I tell you, it was such a relief to reach that wooden stile and climb over into the next field. 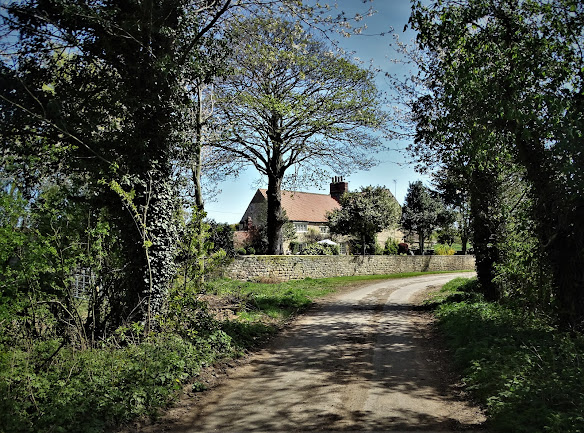 Wellingley
I took a deep breath and continued with my circular walk. A brand new Amazon distribution centre has been built on the site of what was once Rossington Colliery. I also walked by the tiny hamlet of Wellesley and along  the curiously named Billy Wright's Lane before heading back to Tickhill.

"The Scarborough Arms"  was open for outdoor drinkers so I treated myself to a pint of bitter shandy with a bag of plain crisps. This was the first time I have visited a pub since November 4th last year. It was an agreeable experience but then Clint started honking his horn so I knew it was time to head home. 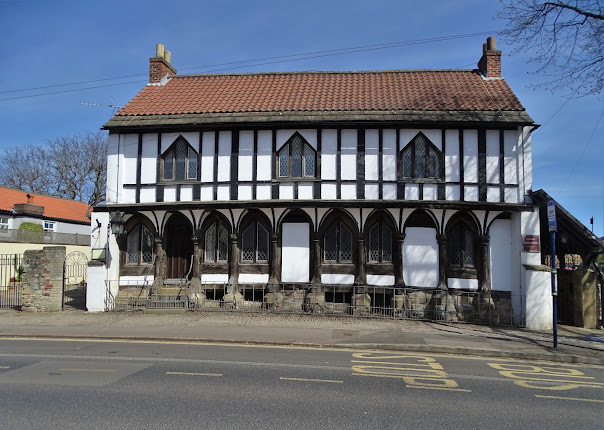