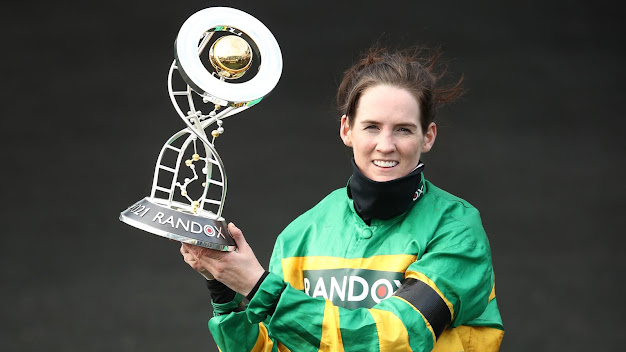 I must admit that I do not like any sports that involve animals. However, I take my hat off to Rachael Blackmore who rode Minella Times to victory in yesterday's Grand National at Aintree, Liverpool. It is the oldest and most famous annual steeplechase in the world. In coming home first, Rachael Blackmore - a 31 year old Irish jockey - became the first woman in history to win the race. After 182 years, to see a woman on the winners' podium was something really special.
Afterwards, she told a TV Interviewer, "I don't feel male or female right now. I don't even feel human."
By the way, only one horse had to be euthanised  after yesterday's taxing four mile race - a seven year old (gender unknown) called The Long Mile. May he or she rest in equine peace.
- April 11, 2021