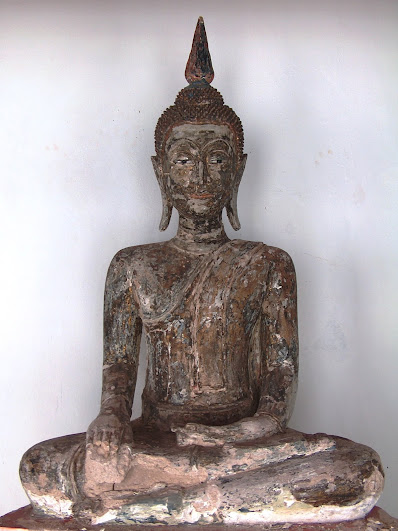 Buddha at Koh Kret
Ten years ago I was working in Thailand. I stayed there for six months and when I left I thought that that would be that but two years later I was back in Bangkok for a second six month contract. I look back upon those times with much affection. I was putting a seal upon my teaching career and St Stephen's International School was a lovely place in which to pull that curtain down.

I was well paid and this enabled me to travel away from Bangkok - to Chiang Mai in the north down to Koh Lanta and Koh Phangan in the south. And I went to Malaysia, Laos, Cambodia and across the Andaman Sea to Sri Lanka. Great adventures. So many memories. 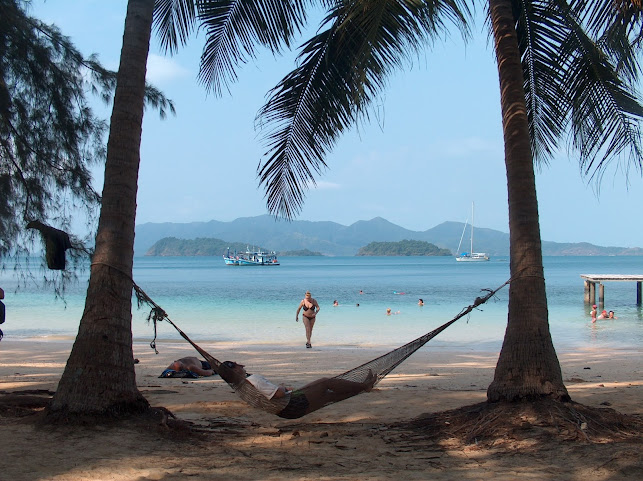 I would love to travel some more. However, this damned pandemic has put the dampeners on those notions and in the meantime I am growing older. Of course, there will come a day when independent faraway adventures are no longer possible for me so the passing of these coronavirus months has very much felt like observing precious sand running through an hour glass. 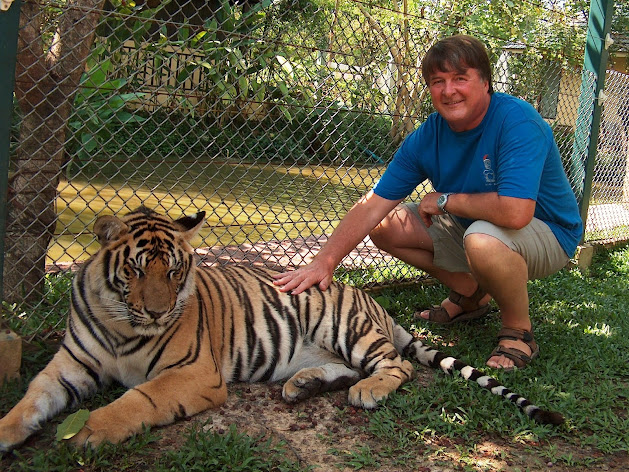 Me with a tiger at Tiger Kingdom in April 2011
I just can't stop it and in a similar vein, I shake my head and wonder how it can be that ten years have elapsed since I first landed at Suvarnabhumi Airport in the flatlands east of Bangkok.

This post was ignited by unearthing photographs I had stored on our desktop computer. 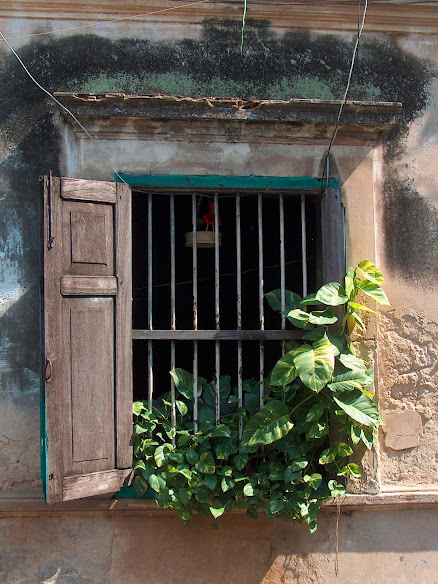