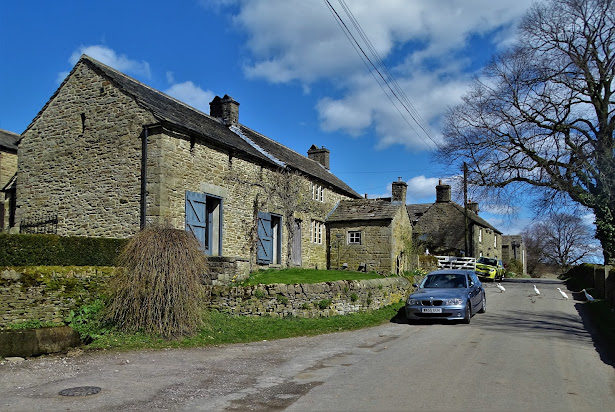 Can you see the line of runner ducks walking across the lane? The picture was taken on Tuesday morning in Abney, a sleepy little Derbyshire village, seven miles south west of  our suburban home. Clint  had  kindly driven me out there for another long walk. The territory was all very familiar to me.
Descending from Offerton Moor, I saw a man, a woman and a teenage boy climbing over the stile at the bottom and heading my way up onto the moor. I was twenty yards from them when the woman greeted me by name. I had not seen her in over eleven years. 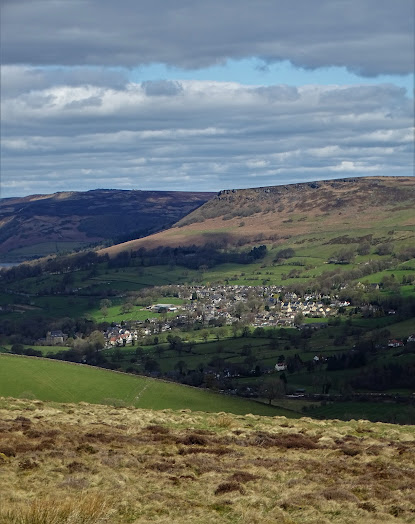 Bamford seen from Offerton Moor
I recognised her voice immediately but as she was wearing glasses and a woolly hat, I did not recognise her and at one point I even had to ask, "I'm sorry but I have forgotten your name?" Louisa was a teaching colleague for some fourteen years and though her main subject was French we had occasion to work closely together as pastoral form tutors.
Immediately, she was rapping about the school where I worked and its latest news - all the people who have left and how its challenges have intensified. To tell you the truth, I didn't really want to know. That place is way behind me now though it took  a few years to expunge its bitter aftertaste from my memory. There I often felt like a hamster on a wheel, running as hard as I could but getting nowhere. You had to be bloody tough to endure it as I know Louisa was and most probably still is. She was dogged and had patience in abundance. 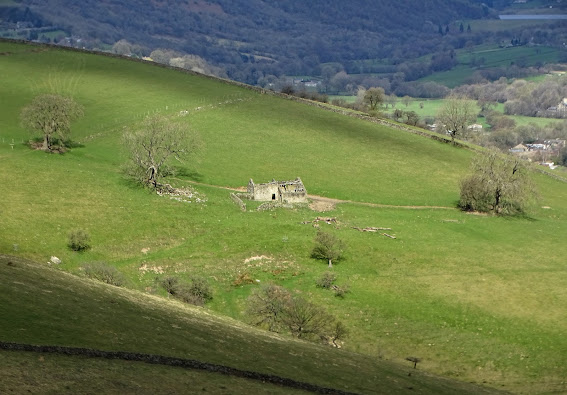 Ruined barn at Banktop
I said my goodbyes as they prepared to walk up the hill. Seeing them shrinking with the perspective, I felt as though the bed of a crystal clear chalk stream had been disturbed. My mind was unexpectedly clouded with scenarios and half-remembered things and voices from long ago. It took a while to clear as I headed up to the telecommunications mast on Shatton Moor.
It is likely that I will neve see Louisa again in my life and I like it that way even though she was one of the good ones. She is now probably older than I was when I took early retirement in 2009. I wish her all the best which ever path she chooses to take. 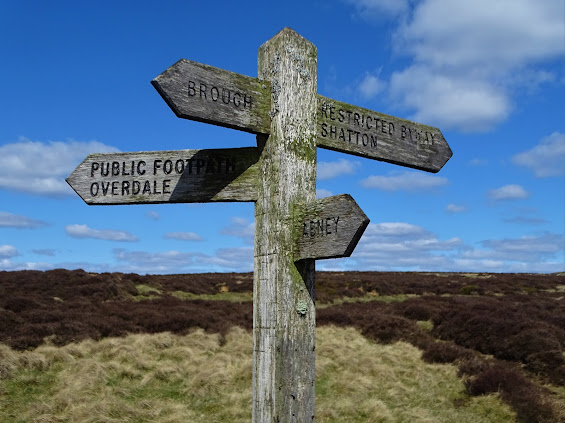