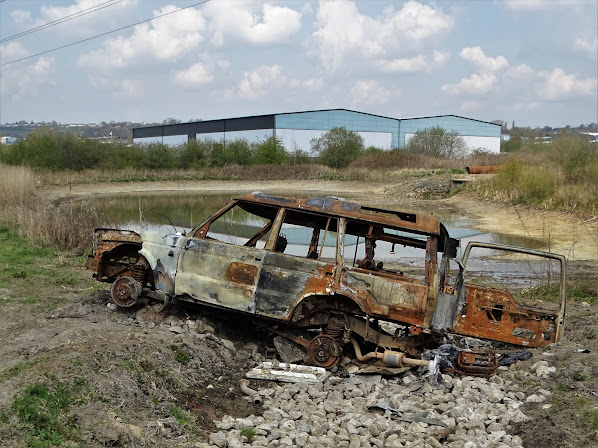 More miles. More photographs. Plodding around a former coal mining  district  at  Nottinghamshire's border with Derbyshire. That was yesterday. Where once pithead wheels turned and cohorts of men trudged home with the crevices of their skin still blackened with tell-tale coal dust, now country parks, cycle ways and sprawling industrial estates fill the melancholy void that was left behind.

I left Clint in a quiet lay-by on Blackwell Lane, just west of Huthwaite. It was another pleasant spring day though not quite as sunny as most recent days. I was wearing my Panama City Beach T-shirt that my daughter bought there when on Spring Break from Birmingham Southern Collage, Alabama in 2010. 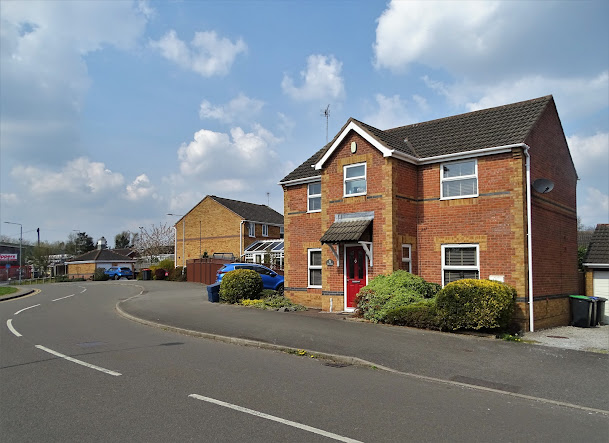 Huthwaite is an unpretentious, unbeautiful place that still cannot hide its coal mining legacy. It is the opposite of  the vibrant multicultural England that our London-based media chirps about constantly.  Here the all-white descendants of coal mining and hosiery manufacturing families tick off the passing days on their kitchen calendars in narrow streets. They are so often cruelly forgotten.

My route was pretty much a circle round the overgrown village that was once known as Hucknall-under-Huthwaite then later Dirty Hucknall. Huthwaite means "a clearing on a hill spur" as derived from the old languages that in the course of time spawned English. 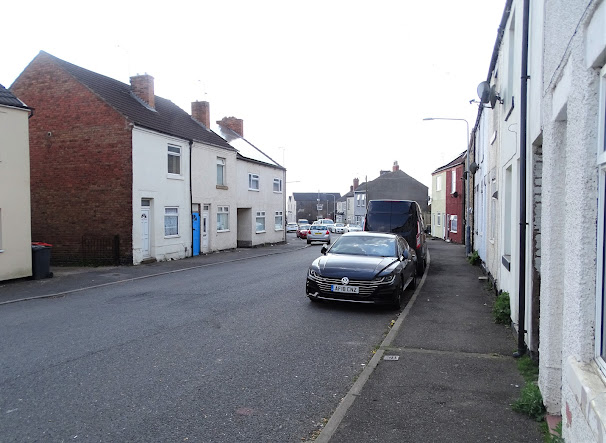 I doubt that many Peak District ramblers would be drawn to Huthwaite. No sheep on heather-clad hills. No vistas of pleasant valleys criss-crossed with drystone walls. This is a very different England with M1 motorway traffic humming constantly  from the west.  Taking things north and south.

Part of my walk was through Brierley Country Park - developed on the former site of Huthwaite Colliery. There I came across a block of concrete with the date "1919" embossed upon it without explanation. I imagined that it marked the spot where a new shaft had been  sunk to the coal seam below a century before and thought of the damage that had just been wrought upon the world by World War One. The heroes who returned from those killing fields could now descend daily into Hell to earn their daily bread. They were the real England. 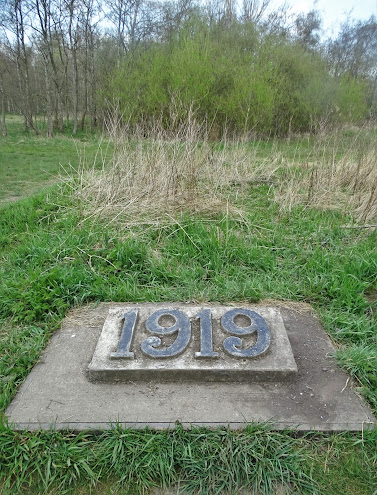