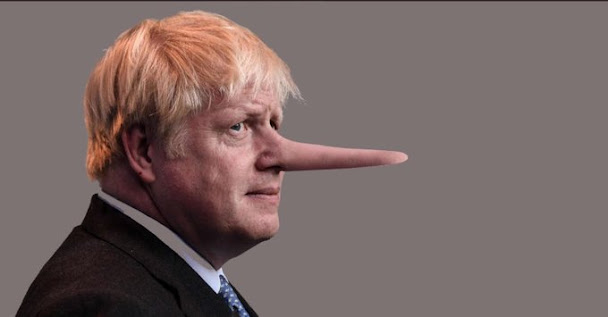 The political leader of this great country is an inveterate liar. Lying comes as easily to him as breathing does to most people. His lies have been well-documented and yet he continues to get away with them. It is as if his life is charmed. He's like a roguish young lad with tousled hair denying that he scrumped the neighbour's apples even though his satchel is stuffed with the stolen fruit.

In June 2019, as Great Britain was  heading towards a general election, Johnson was asked by Talk Radio's Ross Kempsell how he likes to spend his spare time
This was Johnson's bizarre response: “I, well, I like to ... paint. Or I make things. I like to ... I make, I have a thing where I make models of, when I was mayor of London we built a beautiful – I make buses. I make models of buses. So what I do, no, I don’t make models of buses, what I do is I get old – I don’t know – wooden crates ... Right? And then I paint them. It’s a box that’s been used to contain two wine bottles, right, and it will have a dividing thing. And I turn it into a bus. I paint the passengers enjoying themselves on a wonderful bus.”
Johnson was smirking as he poured out this drivel - as if it was some kind of hilarious Old Etonian mind game. The thing is, no one has ever seen one of his cardboard buses and it is 99.9% certain that he has in fact never made one. It was all a lie. Naturally, he has never apologised for making it because he never genuinely says sorry about anything.
I remain utterly baffled as to how our country has ended up with an ego-maniacal buffoon at the top. The blatant lie that I have alluded to  here simply shows the true character of the man. There have been far more serious and impactful lies such as his three word election slogan - "Get Brexit Done". Will it ever be done?
Of course most national leaders lie strategically or cunningly twist the truth. It is part of the territory but  in a western democracy with a history of basic decency in high office, Johnson's  propensity for lying and then getting away with it is quite staggering. 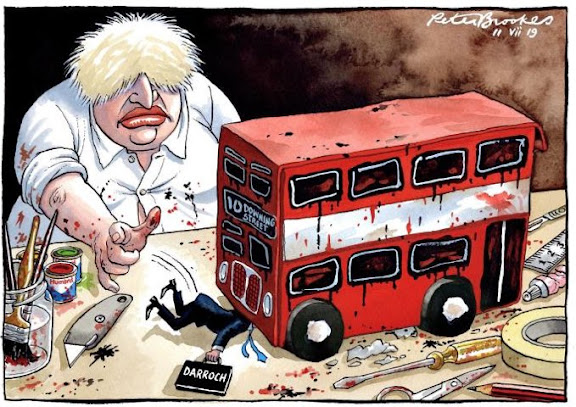