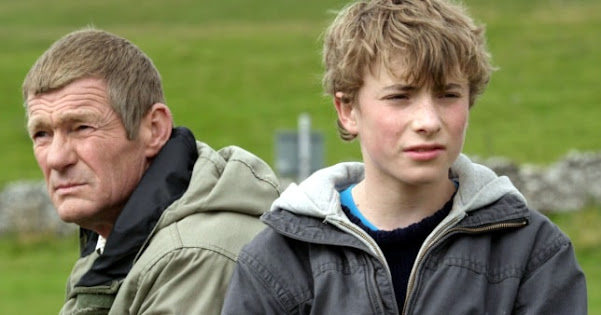 "Lad: A Yorkshire Story" - worth avoiding
As this godawful pandemic proceeds into its second year, we should give thanks for screentime. For most people in the western world watching television has been our salvation. It has helped to get us through these trying months in which normal life has been well and truly suspended.

Previously, I sang the praises of the first three series of "The Handmaid's Tale" starring Elisabeth Moss. It absorbed me for many hours thanks to our daughter Frances who signed us into her Amazon Prime account for free. She also gave us free access to Netflix.

In England on recent Sunday evenings it seems that the whole country has been glued to BBC 1 watching the sixth series of the tense police drama "Line of Duty". It contains many twists and turns and you never quite know what is coming next but I must confess that I do not see what all the fuss is about. If I never saw another episode, I would not mind at all.

On Saturday night we stumbled across a British film called "Lad: A Yorkshire Story" on Amazon Prime. We settled down to enjoy it, hoping to be thoroughly entertained for ninety minutes or so. However, it wasn't long before we were sighing with disappointment. It just lacked the important ingredient of believability and was laborious and predictable. The best aspect of "Lad" was the North Yorkshire landscape in which the dull plot unfolds. It was meant to be a light comedy but we didn't laugh once and it was a relief when the credits rolled.

One show that almost always brings me to tears is "Long Lost Family" on ITV 1. In this programme people are reunited with loved ones after patient professional research. Often the subjects were adopted as babies and they are now looking for their blood relatives. Frequently they feel painfully lonesome in this interconnected world so when they finally meet up with their blood relatives their joy is palpable. It's like coming home at last. You really feel for them and in my opinion the show handles the process with care and respect. Each story is a true one.

I think it is important to keep our television viewing in proper perspective - not allowing it to take over our lives and turn us into couch potatoes. However, to return to my original point - screentime has certainly been a blessing in these very trying times. I think it has helped us to survive and stay sane - well, relatively sane!