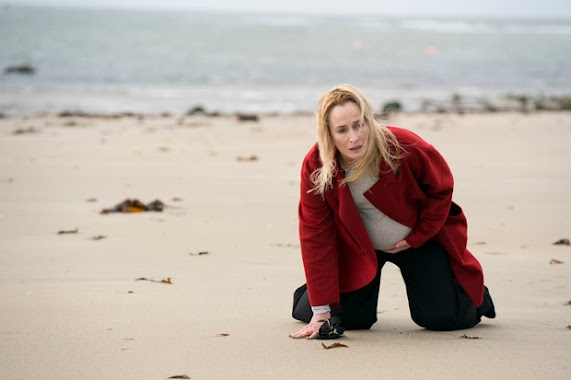 Here's something I have often thought about the pro-life, anti-abortion lobby. If human life is so precious why aren't these people doing something meaningful, something active to save the lives of African children? It's okay to hold a placard or sign a petition about unborn children and foetuses but what about raising money to provide clean water? What about combating malaria, AIDS and fatal diarrhoea in childhood? Getting behind such schemes would be an authentic way of demonstrating your belief that every life matters.

But they don't do they? These anti-abortionists, often emboldened by questionable interpretations of medieval holy books, it's only unborn western foetuses that they carp about, not living black babies with distended bellies, hollow eyes and legs like sticks in faraway places like Malawi, Somalia or Chad. Perhaps those lives are not quite as precious.

Last night I watched the second part of an excellent BBC drama called "Three Families". Set in Northern Ireland and based upon three true stories, it explores the heartbreak that anti-abortion regulation has brought to very many families in that corner of  these islands. Two of the women were even obliged to proceed to full term births even though they knew that the babies they were carrying were incapable of independent life outside the womb.

All my adult life I have believed in the principle of "A Woman's Right to Choose".  It should not be up to religious leaders, politicians or old men in legal robes to make decisions about women's bodies. The reasons for seeking abortion are manifold and no woman takes that path without good reason to do so.

It is undoubtedly best for abortions to happen in a safe medical environment close to home. Denying women abortions will often drive them into the back streets, putting their lives at risk. Abortion is not a nice thing but it is often very necessary. - because of poverty, the mother's age, rape, physical problems with the unborn child and simple  bad timing.

My late grandmother was desperate for an abortion in the 1920's and had to go to an unqualified back street abortionist. The operation was botched and involved a knitting needle. Tragically, she could never have any more babies after that.

Obviously, the question of abortion has been the subject of much moralising debate but for me it all boils down to that famous rallying cry: "A Woman's Right to Choose". The drama "Three Families" helpfully served to fortify that simple belief.