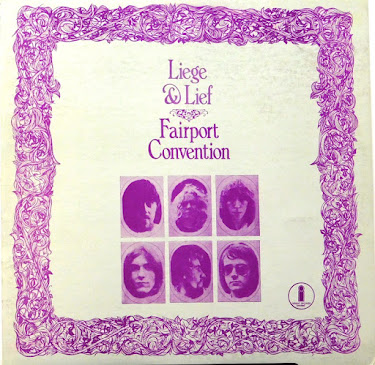 Farewell, farewell to you who would hear
You lonely travellers all
The cold north wind will blow again
The winding road does call

I have been thinking about Andy Foster the past two days - ever since his son Matt got in touch with me. Matt told me that Andy had recently died - with lung cancer being the prime cause. He had been a lifelong smoker.

Andy was my best friend during our early years at secondary school. We played rugby together and we were rebels. We didn't quite fit in in an all boys school that was rooted in the nineteenth century. The masters wore academic gowns and boys were only known by their surnames. Later I moved on to Beverley Grammar School.

Back in 1969 when we were fifteen, we hitchhiked down to London together to see Fairport Convention at The Royal Festival Hall. We were both becoming obsessed with the music of the day. After the concert, we were meant to stay at Andy's auntie's house in Bromley, Kent but we had not thought about how to get there. We were so  naïve - after all we were only fifteen and I am afraid  we didn't get to her house until one in the morning. She was furious.

Andy was a special human being. At that young age he had real presence and did not suffer fools gladly. I met up with him a few times when we were in our twenties and later in this age of emailing we communicated each Christmas. Now of course, I wish we'd met up to rekindle our friendship every so often: I remain quite shocked and saddened by his departure.

Matt told me of a poem that I had written back in the late sixties. His mother treasures it because Andy gave it to her  as a kind of love token when they first got together. I had no idea that it was in his possession. The handwriting is my own - perhaps he asked me to copy it out for  him. Perhaps he ripped it from my rough book. Hell, it's fifty three years ago - how should I remember?

Hoping that Matt and his mum won't mind, I post it here in memory of  my younger self  but mostly in memory of the one and only Andy Foster who, long ago, was my friend. How could I forget him? Rest in Peace my old chum - Rest in Peace... 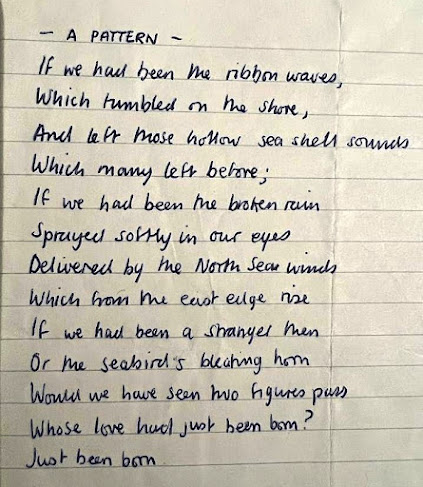