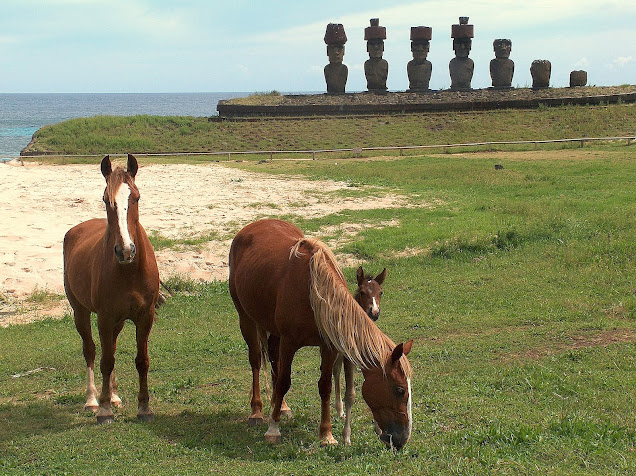 It is believed that Easter Island was first settled around 1200AD. Those early Polynesian settlers arrived on ocean going canoes. They came from the west, far beyond Tahiti. In sublime isolation they built a unique society  over five hundred years and it wasn't until Easter Sunday 1722 that first contact was made with Europeans in the shape of Jacob Roggeveen, his sailors and their two sailing ships. Arriving there was purely accidental.

By the way, the indigenous people of the island were Polynesian and of course they never called it Easter Island or Isla Pascua. Nobody knows for sure what they called it though modern descendants of those original inhabitants now refer to it as Rapa Nui.

Ever since I became enamoured with The Pacific Ocean in 1972, I had dreamed of visiting Easter Island one day. I finally made it at the end of October 2009, after a five hour flight from Santiago, Chile.

I stayed at The Hotel Tiare Pacific near the airport in Hanga Roa - the only settlement of note on the island. On my first morning there, after a hearty breakfast,  I set off to see the Rano Kau Crater and the cliffs of Orongo. There were no other visitors there - just me. I was seeing things I had read about and dreamt about. It was up on those cliffs that the annual birdman competitions began.  Brave young men swam out to three small offshore islands to retrieve the first sooty tern eggs of the year. 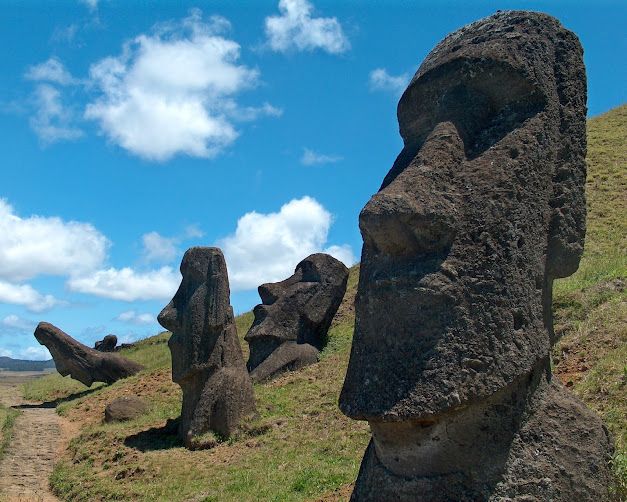 The owner of my little hotel suggested that I might rent a 4x4 vehicle from one of his friends and for three days this allowed me to travel all over the island on the dirt track roads. I visited as many archaeological sites as I could. The highlights were Anakena beach  where it is reputed the first settlers made landfall and Rano Raraku crater where nearly all the famous moai statues were manufactured.

If you remember nothing else from this blogpost, please remember that the moai statues  that stood on their stone platforms did not look longingly out to sea, they all looked inland to where their people were with their internal issues. 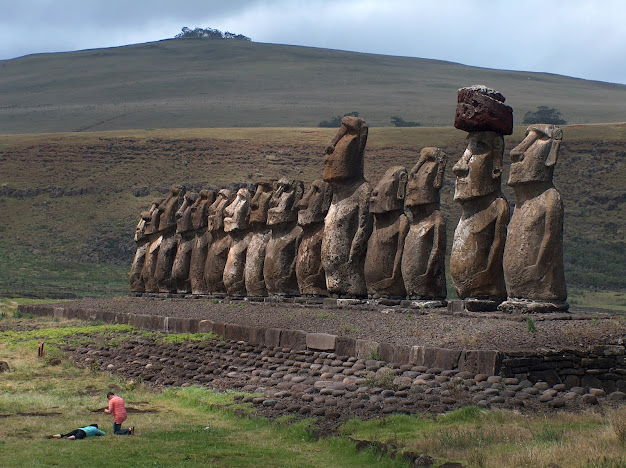 On Rapa Nui I felt fully alive. It was such a privilege, such a joy to walk where those Polynesian people had built their own special world, separated from the rest of the planet. There is no truth in the rumour that Easter Island society collapsed because of European contact. It was already declining when Roggeveen visited and this was still happening when Captain James Cook appeared  aboard "The Endeavour" in 1774 - fifty two years after  Roggeveen.

I could write reams more about that mysterious faraway island. There's so much more to say about it but I will leave it at that for I know that not everybody is as obsessed with Easter Island as I am. I would go back in a heartbeat. 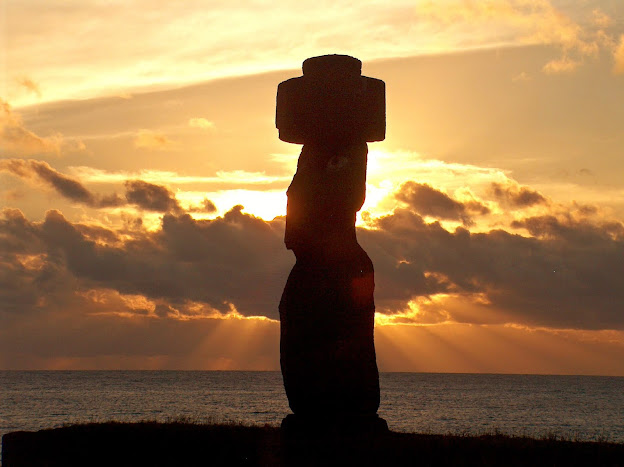