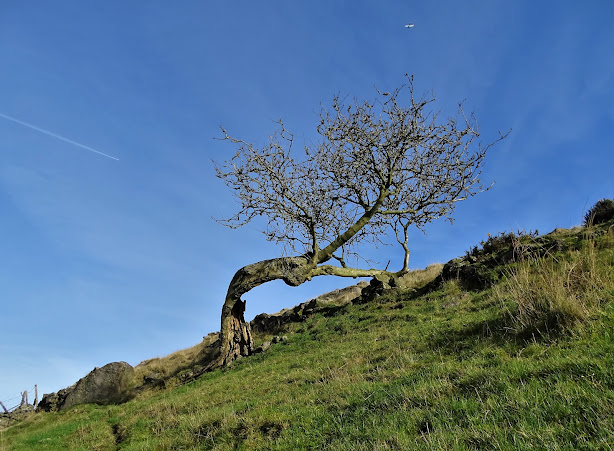 Above, a crippled tree bent double by the prevailing wind. It was in the Staffordshire Moorlands south west of the spa town  of  Buxton and I was there yesterday.
It took me  exactly one hour to reach the village of Flash which is where I parked my South Korean jalopy - Clint. Flash is a small village but pretty noteworthy because it is the highest village in The British Isles. It also has the highest parish church and the highest village pub - "The New Inn"'. Perhaps the altitude got to the signwriter - no apostrophe in "Britains" and an unnecessary capital "V" in  "village". Tut-tut! 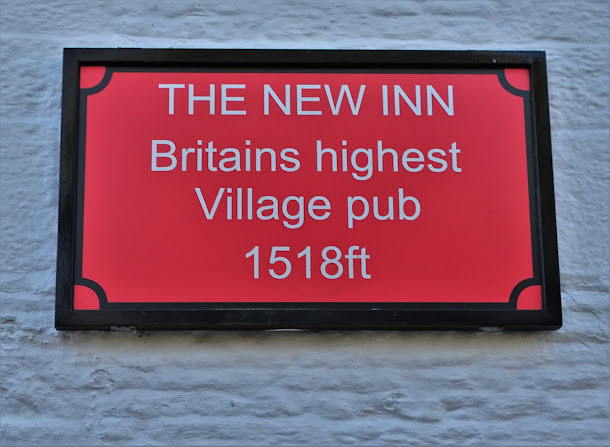 Below you can see Three Shires Head which is where the counties of Cheshire, Staffordshire and Derbyshire meet.  According to legend this is where crooks would meet in past times to complete business deals or traffic goods - in days when each county had its own discrete law enforcement arrangements. One county could easily be played off against the other. 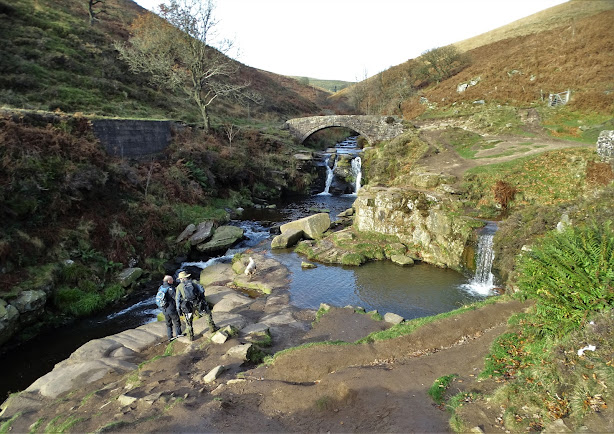 In the middle of the afternoon, as I returned to Flash via Wolf Edge, I  captured the following two images that seem to  convey something of  the character of that wild and lonely  upland region. 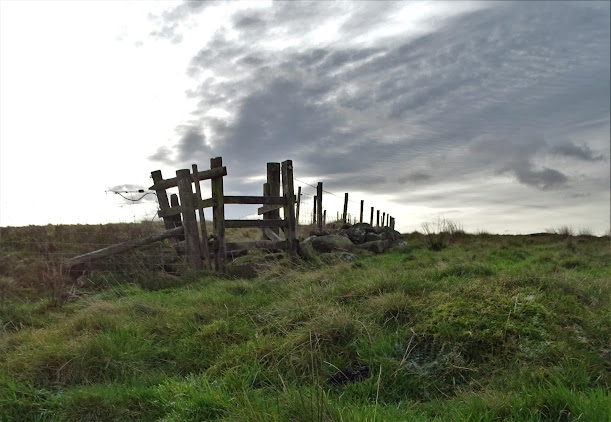 The north wind blew and there was a  distinct chill in the air. We have enjoyed a mild November so far  but up  there around Flash and the outlying farms, it was clear that Winter is on her way - like the scary Snow Queen on her sleigh. 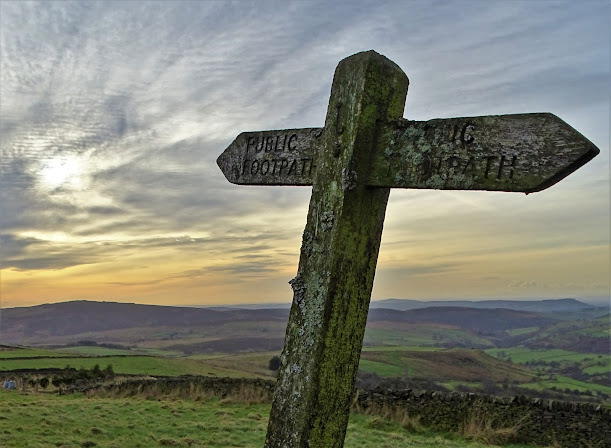