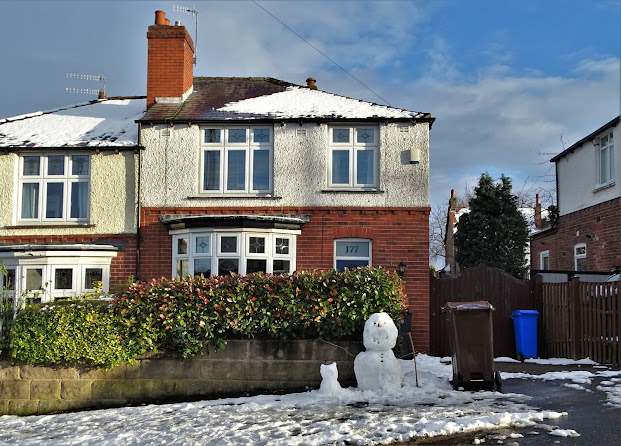 This is Day 333 of 2021. If that is true, how come I have only created 289 blogposts - including this one? Somehow  there have been 45 days on which I have not posted a fresh blogpost. Perhaps I was asleep. Checking through the past months, I can see that March was my least productive month. I managed to miss eight days but for the life of me I can't remember why.

I am now trying to cover lost ground as the end of the year approaches. I aim to get past 300 posts for the year.

Okay. Okay. I can hear you thinking - "This is a dull post! Going on about blogging statistics!" so it's about time to change focus....

Britain is a maritime country with changeable weather conditions throughout the year. Yesterday I reported on the arrival of winter but twenty four hours later, winter is in retreat. The snow and ice are melting as I type and tomorrow is predicted to be a very mild November day in London with the noontime temperature up to 12C.

Why London you ask? Well Shirley and I are heading down there tomorrow. We are going to see a play produced by Ian's girlfriend - Sarah. It's called, "Yes So I Said Yes" by David Ireland and it looks at "The Troubles" in Northern Ireland/ I believe it's going to be pretty gritty. The reviews have been good much to Sarah's relief.

Today I took photos of the weird snowmen outside the house across the road from us. They must  have been made by Sophie and Helen - the two sweet girls who live there. They are both in secondary school now but they still make snowmen - or is the small one a snowcat? I wonder if there will be more snowmen for them to make in the weeks ahead? 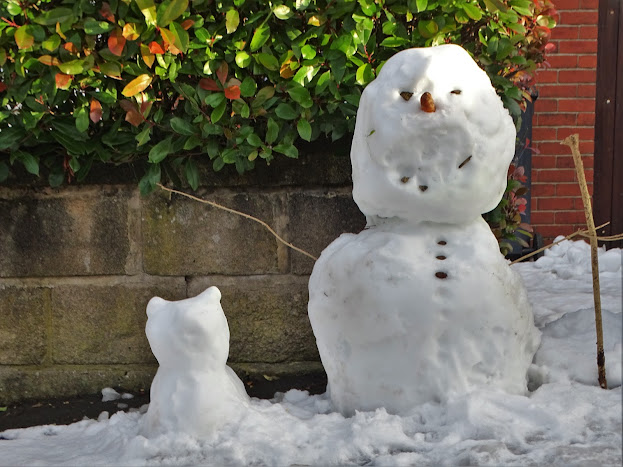