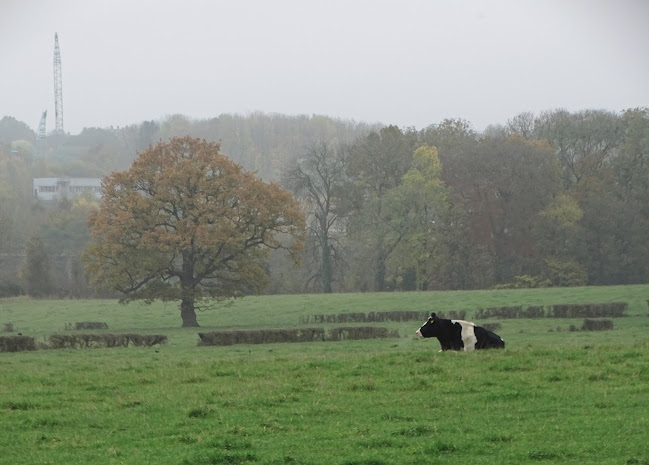 Shirland Park
"Where are the songs of Spring? Ay, where are they?" - John Keats "Ode to Autumn"
I like to have at least one long walk every week of the year. Very often, the days I walk are determined by our weather forecasters. With camera in hand, I prefer my images to be nicely embellished by sunshine. Not for me the washed out greyness created by heavy skies when the yellow orb is in hiding. I like the landscape to burst forth with colour - "alive alive o!" as sweet Molly Malone once sang.
Plenty of sunshine was promised when I set off yesterday morning.
"Where we going this time?" groaned Clint as I lifted his tailgate.
"To Alfreton and beyond!" I announced in my best Buzz Lightyear voice.
It was bright in Sheffield but by the time we got to Phoenix Alfreton a milky greyness had settled over the day. At least it wasn't raining.
At the war memorial in the old marketplace, the remembrance day service was just finishing. A lone piper could be heard as if from the fields of Ypres or Passchendaele. I was wishing I had reached Alfreton ten minutes earlier so that I could have also stood in silence to remember the glorious dead. Young men fighting wars that were not of their own making.
I set off into the murk, my footsteps describing a large circle that took me precisely two hours to complete. By the end of it, the mistiness had turned into the thinnest rain you can imagine. It lightly sprayed my leonine locks and dampened the A4 map of the area I had printed off earlier. 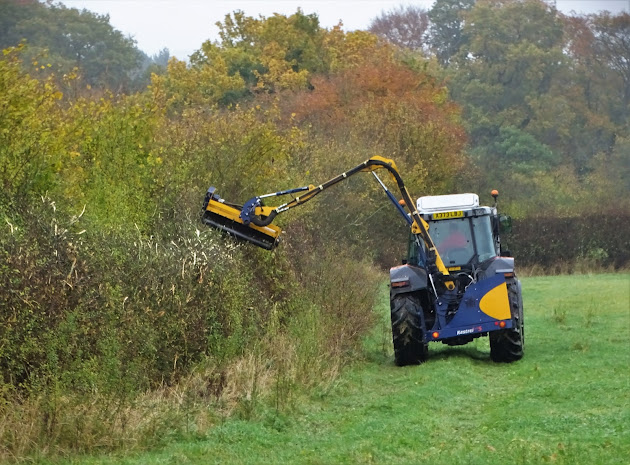 Near Ufton Fields Farm, I heard the grinding unlovely sound of mechanical hedge trimming. Perhaps a more appropriate sound for the eleventh of the eleventh - jarring and unsweetened like war itself.
Back at Clint's parking space on Rowland Street, Alfreton, he said, "Are we going home now?"
"Not yet," I replied for there were three or four random Geograph squares I planned to tick off. 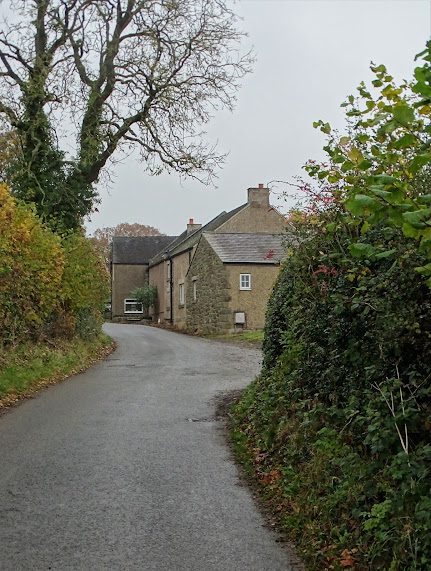 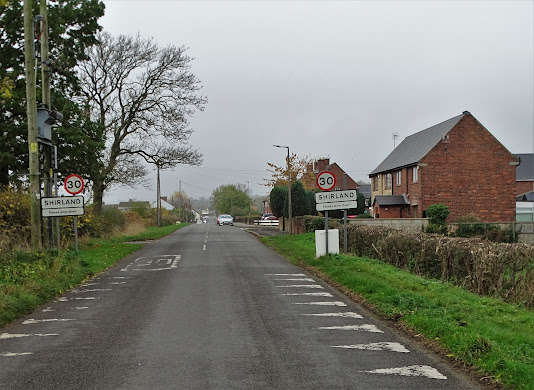 Above, entering Shirland yesterday with Clint parked up ahead.
Below, entering Market Warsop last Thursday. 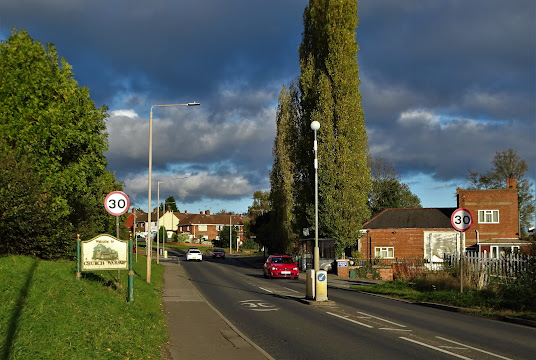