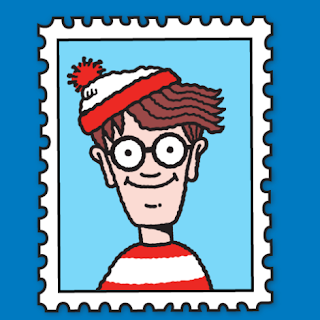 He was dreamt up by English illustrator Martin Handford in the early nineteen eighties. In Iceland they call him Valli, in Germany he is Walter, in North America he's Waldo and for some strange reason the French call him Charlie. It's nice to see that in Australia, New Zealand, The Republic of Ireland and The Netherlands the publishers have stuck with his proper name which is of course - Wally. Who hasn't at some time mulled over a "Where's Wally?" book searching for the nerdy bespectacled fellow in the red and white stripes? In Norway he's known as Willy which I shall say no more about for fear of causing offence to the prudish.

On Sunday, before cooking Sunday dinner, I took a three mile walk below Stanage Edge after parking Clint in a lay-by that is very  familiar to the two of us. I walked up to Dennis Knoll and looked back.  This is what I saw:- 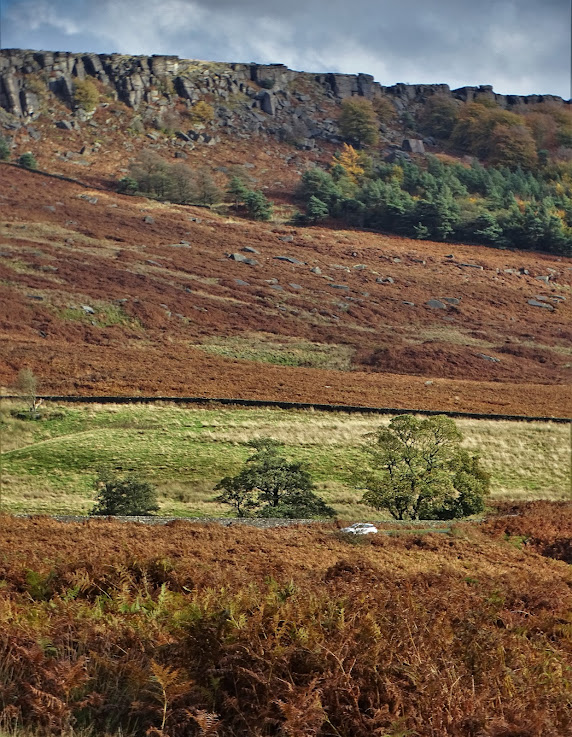 The idea for a "Where's Clint?" book was born in that moment. Can you see him? Of course this challenge is quite easy but if I photographed him from above in a big supermarket car park you might have a little more trouble spotting him. I could paint him in red and white stripes but he would then look like a Sheffield United supporter and we wouldn't want that would we?

As I type it's coming up for 5pm and it's almost dark outside here at latitude 53.3811°N. Damn that other wally - William Willett -  the obsessive fool who came up with the idea of British Summertime and all that clock changing nonsense we have to endure twice a year. Back in 2018, I blogged about the issue here.