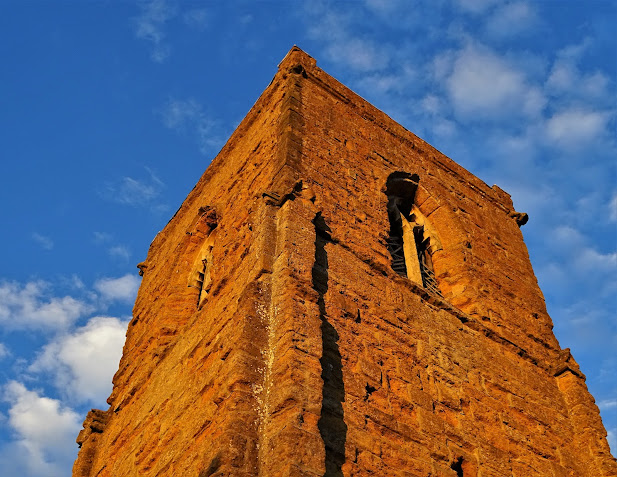 The photograph above has not been enhanced in any way. It is the thirteenth century tower of St Mary's Church in the Lincolnshire village of South Kelsey. I was lucky to catch it in sinking autumn sunshine after a four hour walk in the district before night time arrived far too early as it does at this time of year.
It was yesterday. Clint and I had set off from Sheffield before 9.30am. At 11am I parked him near the church in North Kelsey. After inspecting that lovely church,  which by the way was open to the public, I set off on my planned walk. The surrounding countryside is rich agricultural land. In the past, there would have been more trees, woods and hedgerows and farming would have been a mixed and labour intensive affair. Nowadays, it is more of an industry, eager for profits with machinery that is often computer assisted. Pesticides and herbicides mean that wildlife struggles to assert its presence - from moles and starlings to ducks and badgers. Even insect numbers are shrivelling.
The landscape is pretty flat so there are many land drains such as North Kelsey Beck - shown below:- 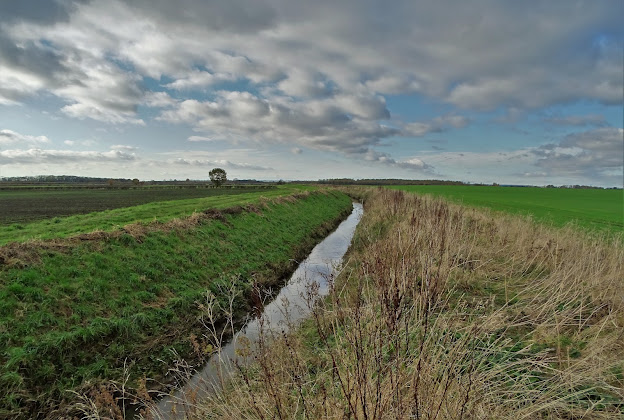 Cadney was a lovely little village with a Grade I listed church. It was also open to passers by. Inside, there were some homemade jars of autumn chutney for sale on trust  so I bought one, leaving the money in a locked collection box. Cadney is off the beaten track and sleeping there at night must be so peaceful - far from the hurly burly of city life.
From Cadney I walked west to The River Ancholme. That river looks more like a canal because its old route was superseded by waterway engineers as early as the 1630's. Cadney Bridge, shown below, was constructed in 1882:- 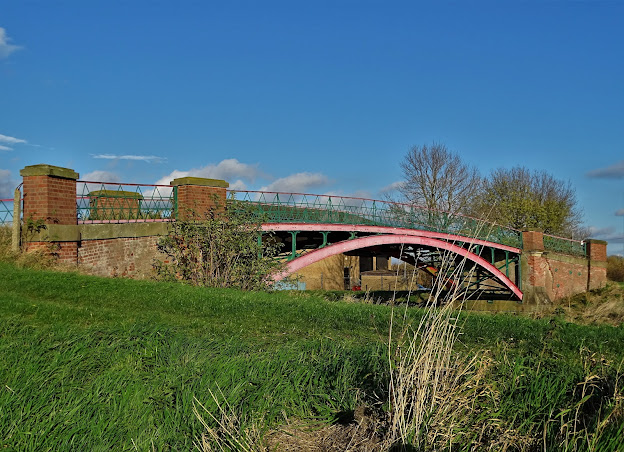 As I walked east along Carr Road, I stopped to take a picture of starlings flying off from telegraph wires. Then just up ahead I saw a bird lying on the grass verge beneath the wires. I assumed it would be a starling but it wasn't. It was a member of the hawk family and it was still very much alive. though my image wrongly suggests that it was dead. I hoped that it was just stunned. Perhaps it had flown into the wires while unsuccessfully trying to grab a starling. What could I do? I decided to leave it. It was, I think, a kestrel but I am no ornithologist. It can't be easy being a hawk in such a landscape. What would you have done? 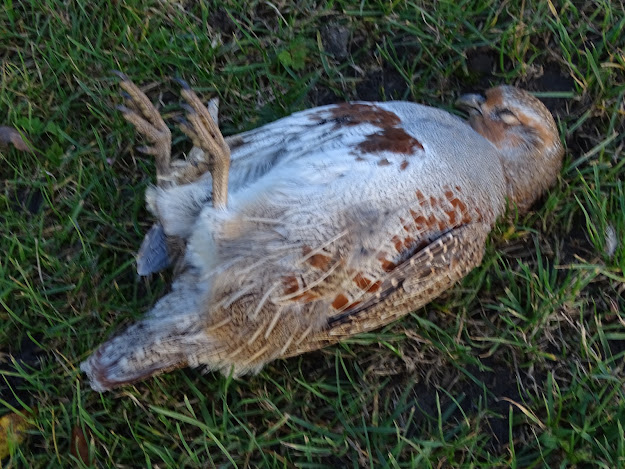 Lincolnshire is well-known for its associations with The Royal Air Force. By The River Ancholme I spotted this lonely radar tower several miles from the nearest RAF base:- 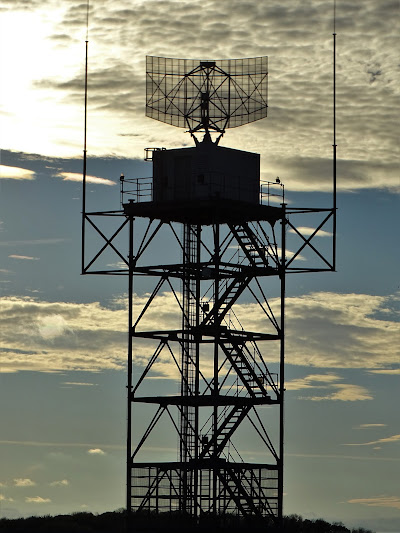 And over the farmland near North Kelsey there was some sort of training exercise going on. The contrails left behind show that the pilot had just been looping the loop. I hope he or she didn't waste any aviation fuel  because that stuff is precious you know. 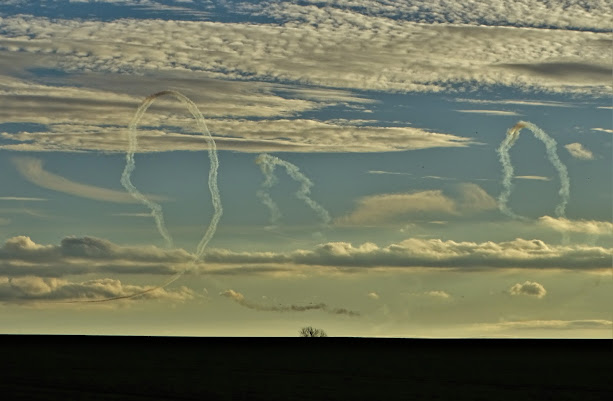 Almost exactly four hours after setting off, I was back at Clint. The day's light was fading away fast. I crept up behind him and caught him singing an old Neil Young number:-
My life is changin' in so many ways
I don't know who to trust anymore
There's a shadow runnin' through my days
Like a beggar goin' from door to door
Coincidentally, it was a song that had been playing in my own mind for a while. The great Canadian songsmith wrote it  some time in 1970 - fifty one years ago.
- November 20, 2021