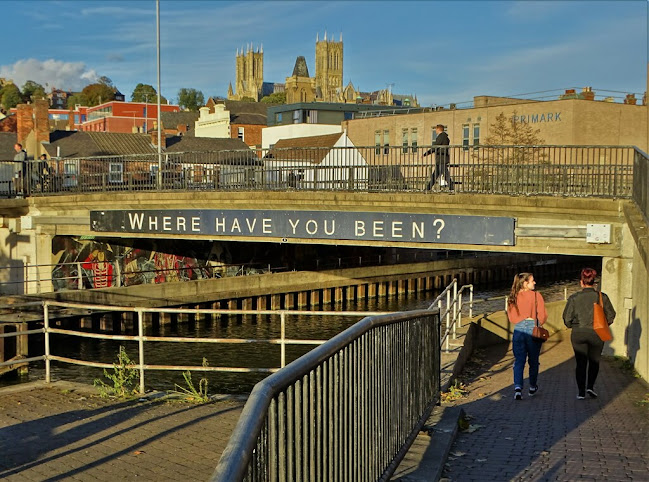 In the week ending October 29th, 2680 new images were submitted to the Geograph project. I am always hopeful that one or two of my photographs will make the "Picture of the Week" shortlist. When they do they are in with a chance of being chosen as the overall winner.

For the week in question, I had three photos in the shortlist - all taken in Lincoln on October 25th. The previous week's winner happened to be a published writer called Mike Parker who was responsible for "Map Addict" which I reviewed here  just before COVID19 really started to take a hold of our lives. I am delighted to announce that he picked one of my Lincoln pictures as the overall "Picture of the Week" for Week 43. It is the one shown at the top of this blogpost. It also headed the post I created on October 27th.

In selecting it, Mike Parker said this: "Congratulations Neil! This was the shot to which I constantly returned, and each time, saw something new in it. The lines, angles and shadows go in all directions and create a real sense of street drama, enhanced by the unmistakably low autumnal light. The boldness - yet shabbiness too - of the central question, WHERE HAVE YOU BEEN?, is somehow poignant, philosophical and comical. Where have you been? To Evensong at the cathedral, lording it over the whole scene, or to buy some cheap pants at Primark, down at the bottom? All life is here."

When I first checked this photo out on the computer, I knew instinctively that it was a good one and it was so uplifting to have that view confirmed. Now I wait to see the Week 44 shortlist from which I will have the honour of picking  the next overall winner.