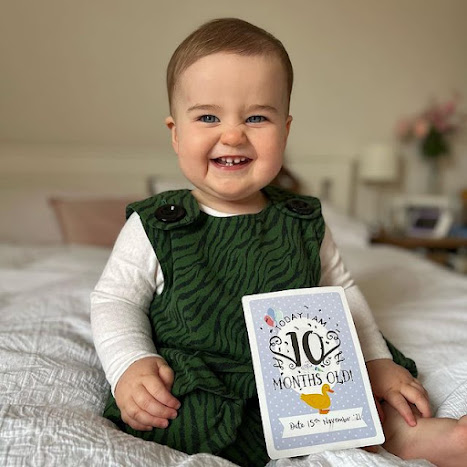 Above - that's our Phoebe. She was ten months old this week as the card announces. This time she wasn't chewing it!
She remains the loveliest baby you could imagine. She's starting to crawl and can pull herself up to a standing position if there's something to lean on. When we say "Good girl Phoebe!" she claps her hands with glee.
It wasn't planned but for a few months now I have been speaking for Phoebe as her advocate. After all, she is currently unable to speak English herself. I freely admit that I have been the ventriloquist and she has been the ventriloquist's dummy.
Let me give you a couple of examples.
Mummy has just been to the toilet while Grandpa cradles her. Mummy returns. Phoebe says: "Where have you been Mummy? Why did you leave me here with this smelly old man? He has been singing nursery rhymes to me again and I'm sick of them!"
At the dinner table: "How come you get to have that nice stir fry and I get this disgusting baby food and a squashed banana? It's not fair! I want proper food like you!"
Of course Phoebe's voice is quite high-pitched and it is easy to spot Grandpa's lips moving. He's one of the worst ventriloquists in the world but he makes everybody else laugh. Laughter round a baby is not a bad thing.
And here she is in what I call her snow leopard suit. I think Frances took this picture in Canada:- 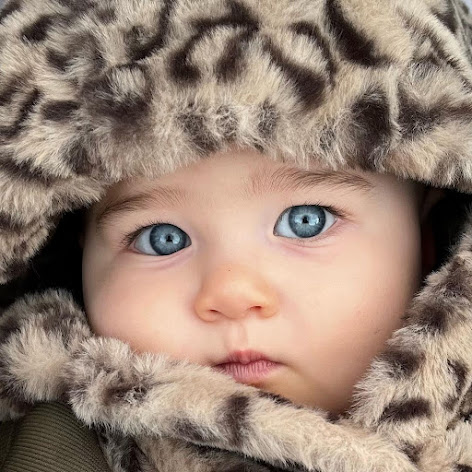