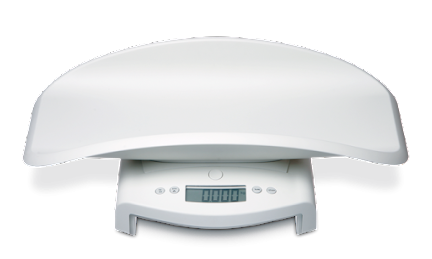 Phoebe was stripped naked and placed on the scales like a plucked turkey. She didn't seem to mind a bit as grandpa continued to sing to her like a lunatic. Her skin was flawless. Towards the end of the weighing process, she made a little waterfall, showing no embarrassment whatsoever about this. I would have been mortified myself.

She is a big, healthy baby that is for sure. She weighed in at nineteen pounds exactly. Not quite five months old, her current weight places her in the ninety eighth percentile of all babies. Her only source of nutrition so far has been her mother's milk. It is really quite miraculous.

Further north in Yorkshire we have two nephews - Edward and Philip. They are Shirley's sister's sons. Their "partners" have both had babies in the last six weeks. Edward is now the father of a little girl called Winnie and Philip is the dad of another baby girl called Reeve. She was only born on Monday of this week. Everybody's doing well.

It's all girl babies round here. What are they putting in the water?  One of Frances's best friends bore a girl very recently and her very best friend Charlotte is due to burst forth in the next two or three weeks. Surely that child will be a boy. If so, he will be called Casper. If the babe is a girl, she will be called Imelda.

In these modern times, new parents come up with many surprising name choices. Who would have ever thought that a British prince would call his children Archie and Lilibet?  These names do not seem at all regal and appear to deliberately cock a snook at tradition. Not so with Prince William and The Duchess of Cambridge's three children: George, Charlotte and Louis.

We are very happy that our bonny granddaughter is called Phoebe. It means "bright" or "shining". The name originated in Ancient Greece. We hope that she will always feel comfortable with her name. It's nice to have a first name that sits well with you and is never a source of unease or even resentment.