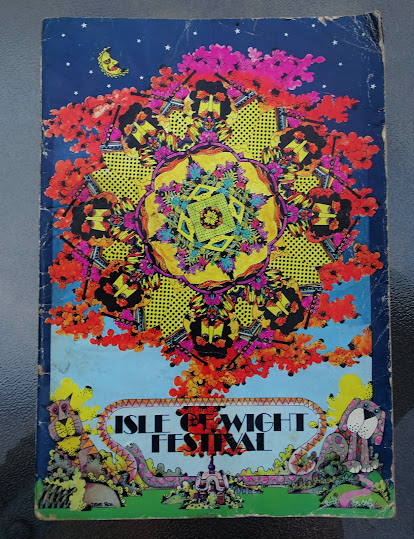 When it comes to decluttering and reducing the volume of accumulated stuff we have gathered, I wish I could be more ruthless. On the hoarding spectrum, I guess I have a little bit of a problem because I find it pretty hard to throw things away.
In the last two days, we have had a new gas boiler fitted along with some new pipe work. Mostly this has happened in what I call "the underhouse" where I once imprisoned several parking enforcement officers.
The underhouse is a place for tools, wood, cans of paint, garden tools, jars, old books and papers and rolls of carpet. It's a bit like the anti-Aladdin's Cave.  No treasure down there, just a mass of jumbly junk including things that our two grown up children dumped on us. I had to move it all aside so that the central heating fellows - Andy and Brett could do their work.
I came across an old folder containing the programme shown at the top. I brought it back from the Isle of Wight Festival in 1970 - over fifty years ago. How could I possibly throw that away?
Below you can see who played on the last night of the festival. What a line up! The Moody Blues, Jethro Tull, Joan Baez, Richie Havens, Jimi Hendrix and then greeting the dawn it was Leonard Cohen. Bloody brilliant! 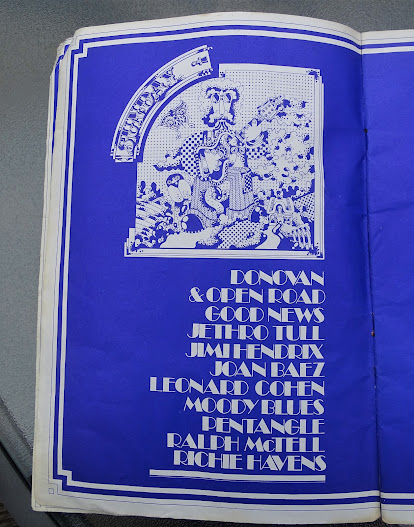 Below,  inner pages from  the programme - recognising two of the festival's top acts. 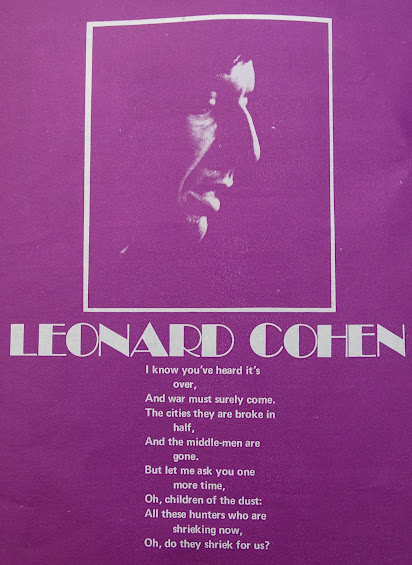 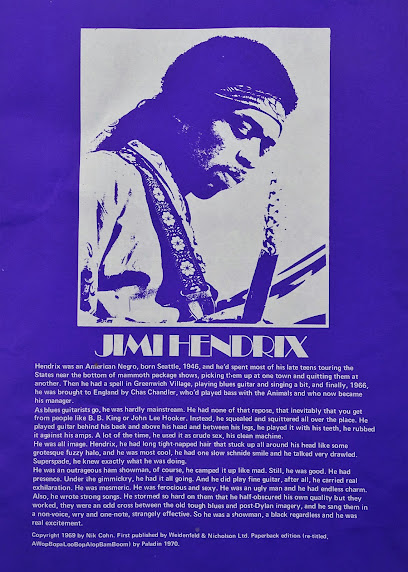 The festival took place at East Afton Farm near Freshwater and I also have a copy of "The Evening Standard" from that weekend. There's Joan Baez on the front page:- 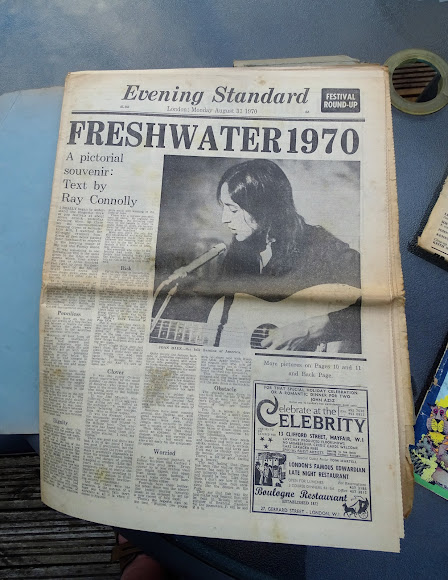 And inside the tabloid newspaper there was an aerial photo of the festival site. An estimated 600,000 people were in attendance. Many more than attended the famous Woodstock Festival of the previous year. Can you see me? I am quite near the stage - about seventy people to the right. 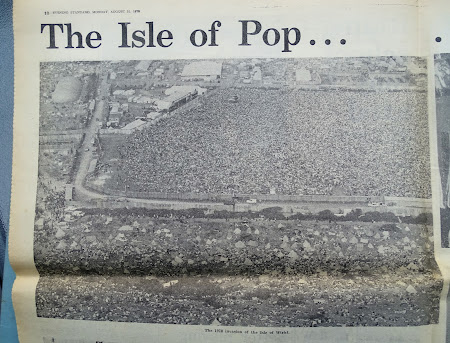 Okay. I guess I will keep saving this particular memorabilia but next time I descend to the underhouse I really must find stuff to throw out. As I said before,  I need  to be more ruthless. Like Attila the Hun. I bet he didn't surround himself with junk.
- June 11, 2021