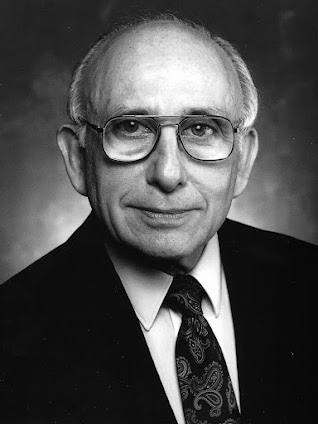 Recognise this guy? He has had an impact on all of our lives. Born in New Jersey in 1921, he died there in 2012 with  Alzheimer's clouding his mind. His name was Norman Joseph Woodland and the one big invention of his life was the barcode.
Thinking about his time as a boy scout when he learnt morse code, he made an ingenious leap of imagination in the late nineteen forties. His barcode idea could revolutionise stock control and be an enormous boon in commercial sales.
However, it took a while for other people and indeed frontline technology to catch up. Though his barcode invention was patented as early as 1952, it took a further twenty two years for it to break through into everyday use. The first item ever sold with the aid of a barcode was a pack of Wrigley's chewing gum in an Ohio supermarket. That was in June 1974.
Barcodes enable detailed knowledge about sales and allow retailers  to  make accurate decisions about restocking. Just about everything we buy has a barcode on it from newspapers to airline tickets and from loaves of bread to refrigerators. You simply cannot get away from those black and white lines - each set different from the next.
All over the western world there are huge Amazon "fulfilment centres".  Without barcodes and associated scanners connected to computer systems, they simply could not operate in the swift and incredibly efficient manner  that most people now  take for granted.
And all of this has evolved from the inventiveness of a little known mechanical engineer from Atlantic City, New Jersey. You might say that Norman Woodland is an unsung hero. As I suggested  at the beginning of this blogpost, barcodes have affected us all - arguably in a positive, helpful manner. 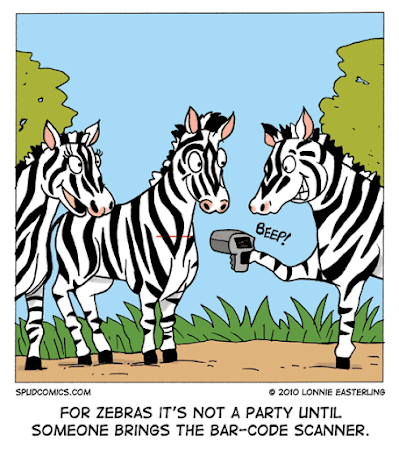