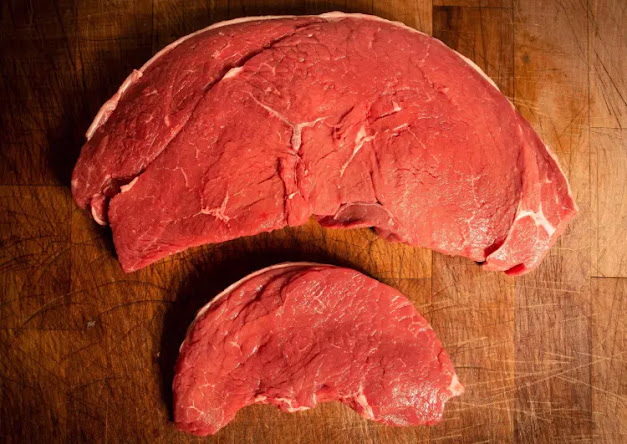 Like most people of my generation, I was raised on meat. It was there at nearly every meal and when it wasn't there, there was fish instead. We had bacon, liver, sausages, mince, lamb, chicken, beef, roasted pork and on Christmas Day we had a big fat turkey with all the trimmings.

As a child I never even heard of vegetarianism. It wasn't a possibility and as for veganism, well I might have thought it was some obscure eastern religion.

Once upon a raft in the middle of an Austrian lake, I pulled in a sea line with several hooks upon it. I must have been ten or eleven years old. On every hook there was a beautiful fish, writhing in the air, their silvery scales catching the sunlight of that August morning.

I called to my brother Paul who was on the shore, "I've caught some fish! What do I do?"

"What? I can't do that!" I said and paddled back to the shore with the writhing fish gradually dying in the air. Back on land Paul dispatched them without hesitation. They were duly gutted and my family later ate them but I could not eat a morsel. I was thinking of the fishes' bright eyes, the metallic appearance of their scales and the desperate gulping movement of their mouths.

Killing other creatures does not sit well with me. I do not like setting traps for rodents  and I even have qualms about ending the lives of garden slugs and mosquitoes. Quite literally, I would not hurt a fly.

And yet I eat meat. It's quite a contradiction isn't it? Probably hypocritical. I guess that if I had to kill a pig  and butcher it then I would not bother with pork products or if I had to kill a young sheep to get some lamb chops, I would surely turn around.

In supermarkets, meat is presented in such a way that you kind of forget about the slaughter of animals or their death throes. It is weighed then wrapped in plastic on polystyrene trays, not far from the yoghurts, the fresh pasta and the garlic bread. There are no protesters in the aisles waving placards or chanting, "Meat is Murder!"

Our son Ian is of course fully vegan - he practises what he preaches. Our daughter and son-in-law have vowed never to eat fish again after watching the "Seaspiracy" documentary and they only eat meat at the weekend. They are currently agonising over whether to put meat in Baby Phoebe's diet when she is older.

Shirley is more enthusiastic about following their lead than I am. My meat habit is well ingrained but at least we have been consciously reducing our meat intake and plenty of midweek meals do not involve cooking the flesh of dead animals.

The way that the meat industry works has a massive impact upon global warming and this is especially true in relation to cattle farming. I am sure that you already knew that. At a personal level I guess that we should all be doing  a bit more to address climate change and reducing our meat intake is one of the ways we can all help, even if we are not ready to be fully vegetarian or vegan.

What do you think about meat consumption?