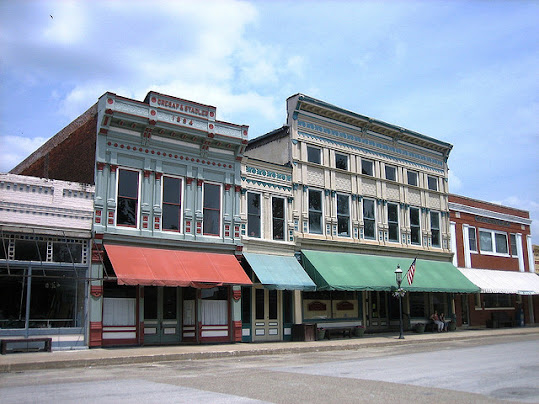 For one reason or another, I found myself in south eastern Iowa yesterday. Specifically, I was in Van Buren County close to the state's border with Missouri. I hasten to add that I was not there physically, only virtually courtesy of  Mama Internet.

I landed in a small town by the Des Moines River. It's called Bonaparte and has a population of some 430 people. It got its odd name because one of the first white settlers - an entrepreneur called William Meek was a fan of the famous French emperor.

Meek developed a successful flour mill and later the little riverside settlement became a pottery centre too. A one lane bridge was built across the river in 1882. William Meeks had dreamt of another town being developed on the southern bank. It would be called Napoleon but that dream never came true.

Today Bonaparte seems like a sleepy place. I checked it out courtesy of Google Streetview which is the cheapest way to travel. Unfortunately, not all of Bonaparte's streets are covered with the usual imagery.  Perhaps Google could not be bothered with the town, instructing the driver of the Streetview camera  vehicle to keep going. 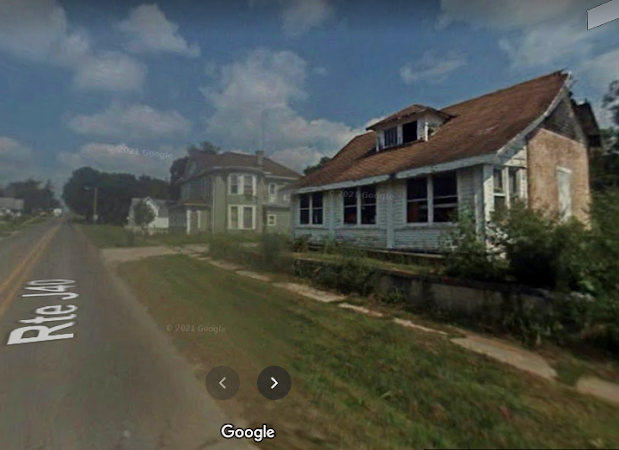 Houses in Bonaparte
I also checked out a happy video news item about Bonaparte resident Marie Hainline who at the age of ninety five was still working as a waitress in a family restaurant called Bonaparte Retreat located in the former flour mill which was developed by Williiam Meeks's son Robert.
I kept digging away, finding out more and more about Bonaparte - even wondering if one day I might visit this obscure settlement  - perhaps the true heart of America - the one that Paul Simon was "looking for".  After all, you will not find it in New York City or L.A.. Maybe Marie would serve me a cheeseburger with fries. 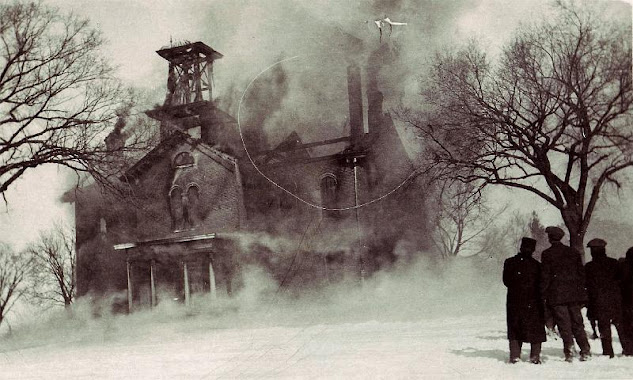 A fire in Bonaparte
And then I stumbled upon Shawn Bentler who in October 2006 shot dead his mother, his father and his three teenage sisters in their lovely home with its river view on the eastern side of Bonaparte. He needed money - possibly to support his drug habit or maybe to pay his household bills down in Quincy, Illinois where he was living and working.  What a wicked thing to do - perhaps in his crazed mind he thought he would get away with it and inherit his mother and father's estate. At his 2007 trial he received five life sentences. 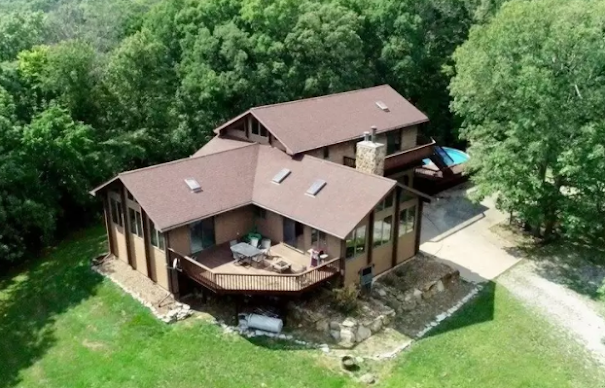 The Bentler house - scene of the 2006 killings
It is sad that sleepy Bonaparte is now associated with the Bentler murders and reading about that dark moment in the town's otherwise unremarkable history rather besmirched my virtual visit to Van Buren County. Needless to say, if a rifle with bullets had not been stored in the Bentler home that poor family would almost certainly still be alive. 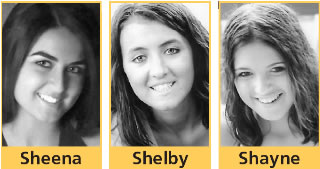