Two blogposts for the price of one. True Yorkshiremen and women always want value for money. Thus we return to Tuesday's walking territory. Take two. Here are six more pictures with brief commentaries. 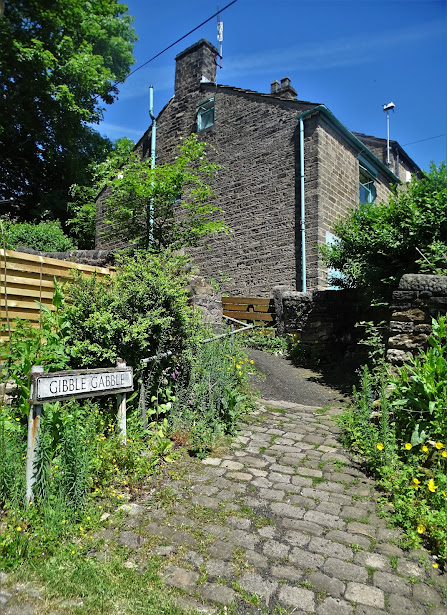 Above: Can you see the name of the cobbled path in Broadbottom? It's called Gibble Gabble - surely one of the most unusual names for a path or lane in all of England.
Below: The site of a Roman fort known as either Melandra Castle or Ardotalia. Its initial construction commenced in 78AD and the strategically important fort remained in  use for a further hundred years protecting the Pennine track that leads east to The Hope Valley. 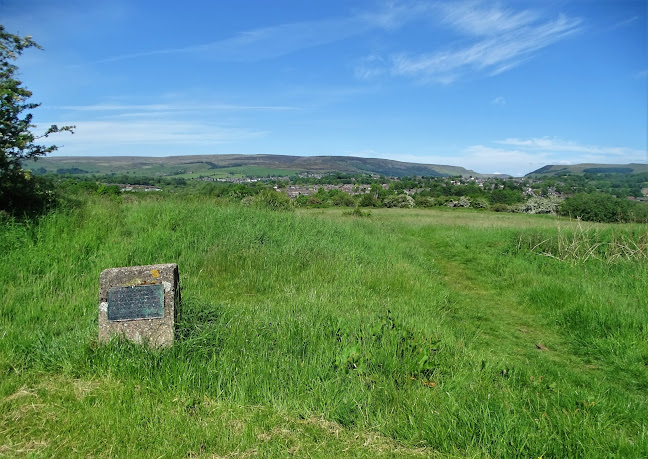 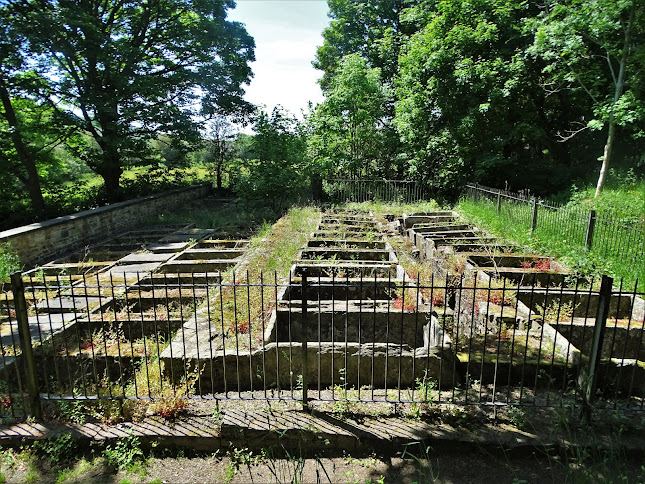 Above: Nineteenth century dye vats near the River Etherow - associated with the booming cotton industry and the great cotton mill at Broadbottom  - later demolished. In its heyday it employed up to 1500 workers.
Below: On Hague Road near Pear Tree Farm. It was like emerging from a tunnel into the light as I pressed on to Melandra Castle near the social housing estate at Gamesley. 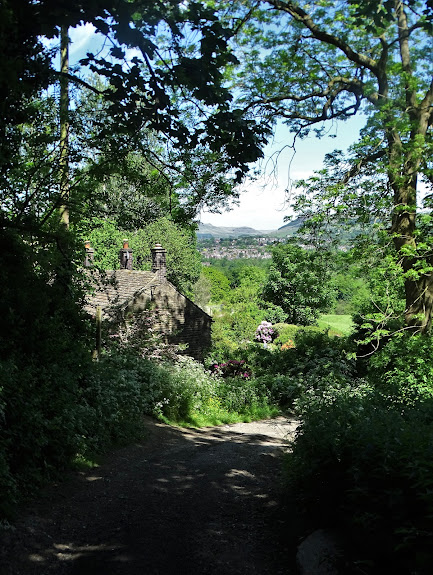 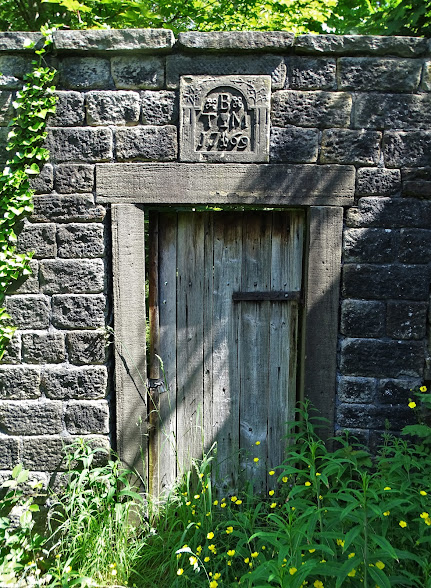 Above: A secret door by the cobbled lane that leads up to Mottram's parish church. The stone plaque above the door bears the date - 1769.
Below: Just after I crossed the  railway west of Broadbottom, I spotted this bench as I headed down to Hodgefold. Arresting me, it seemed simply beautiful, caught as it was  in that glorious June sunshine in the middle of  The North of England. Who would not want to sit there for a while, contemplating this curious life? 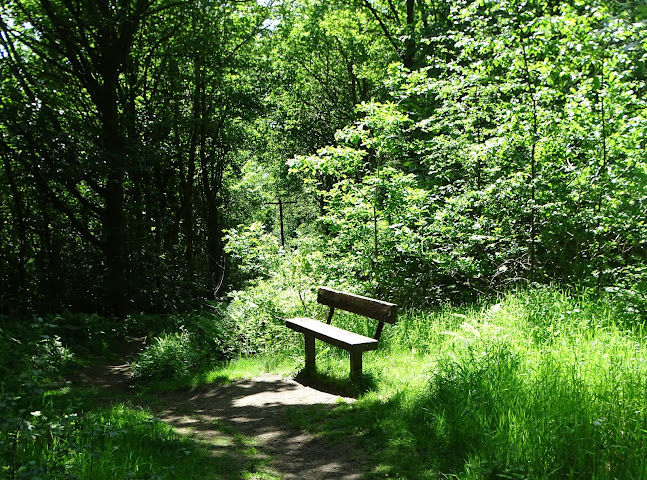